All but one of the first weekend of preseason games are in the books.  The Jets and Texans will wrap up the first week of games on ESPN tonight.

Cam Newton (1), in some opinions, outplayed starter Jimmy Clausen (2) in the Panthers game against the Giants Saturday night.  Should Newton become the starter, and Clausen the backup, along with third-stringer Derek Anderson (3), would this be the first time in NFL history that a teams quarterbacks were numbered, in order, 1-2-3?  The numerical simplicity of it would rival the early Yankees, when they first gave out numbers based on the batter's spot in the lineup.  (i.e. Babe Ruth was 3, Lou Gehrig 4, etc.)

That 16 is going to be tough to beat - and who was Perry Klein, anyway?

In other games this weekend, we got to see the debut of the Bills new unis.  While still disappointed that they apparently won't be wearing nice bright royal blue pants with the unis this year...  (Does that still leave open the possibility they may add them in 2012 or beyond?) ...I have to say I liked the widening stripe on the helmet.  As our Tim Brulia said about the Bills new uniforms in action: "Too much white for me. And the helmet stripes look like they flare in the back, but only at the last minute." 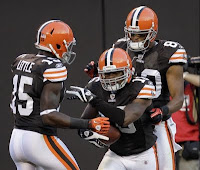 Tim also pointed out another anomaly -- the Cleveland Browns wore brown at home, even though we had heard earlier this off-season that they planned to go white-at-home this year.  Did they change their mind, or is it simply a case of doing the opposite in the preseason -- in the past they've worn white at home in the preseason when wearing brown during the season, and earlier this summer we uncovered the 1986 Browns wore brown at home only in the preseason, while only wearing white the rest of the year.  So my guess is in the preseason may be the only time we see the Browns in brown.
We told you recently of the Myra Kraft patch the Patriots are wearing.  Here now, courtesy of a tweet from Sportscenter, is a preliminary look at some other patches and decals we'll get to see in the 2011 season: 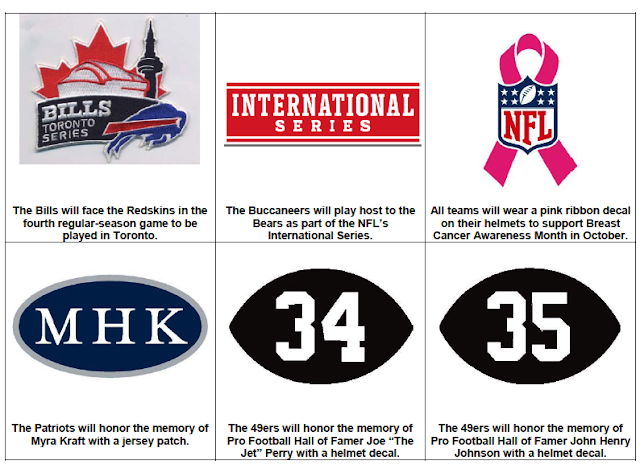 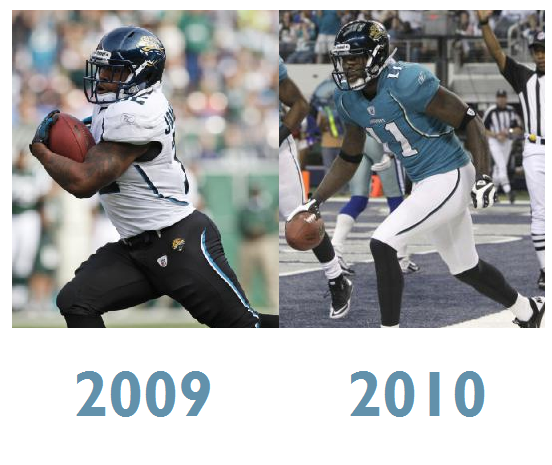 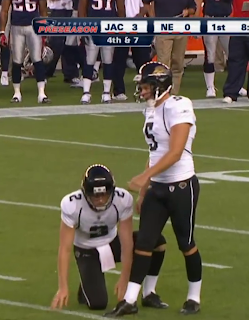 Another discovery was made over the weekend, and that was a change to the Jaguars pants' stripe.  When they introduced the new re-design in 2009, they had a curved pants stripe, and we just noticed while watching part of the Jaguars-Patriots game the other night, that the line was straight and went all the way to the waist.  It turns out they have had the straight line since the beginning of last season.  You can follow along with all sorts of discoveries like that in our forum, as well as help our Bill Schaefer, who is currently tackling some 1950s NFL uniform mysteries.

Stay turned to the Gridiron Uniform Database Blog, where in the near future we will be recounting another batch of updates based on our historian Tim Brulia's recent Library of Congress research trip, as well as other updates as we get ready for the 2011 season.
5 comments