We welcome you to the NFL Post season. And with it, the Wild Card edition, The Opening Salvo on the road to Super Bowl XLIX.

4) Lions-Cowboys: DET in honolulu blue/silver, DAL in white/mint. Speculation on the Cowboys' Nike collars that make the impression that there are blue ziggy-zags on the neckline? I dunno for sure, but even that can't save this one from the bottom matchup this past weekend. The teams are too similar. Silvery helmets, silvery pants, and bluesy jerseys/trim, even the hint of black on the Cowboys sleeve stripes and all around on the Lions gear. You've heard me say two unis that separately are rather unattractive, but paired together can look great? Well, this might be the case in reverse. Two uniforms that are pretty good separately (the Cowboys blue mash-up notwithstanding) but combined lose their visual appeal. Not quite what I like. 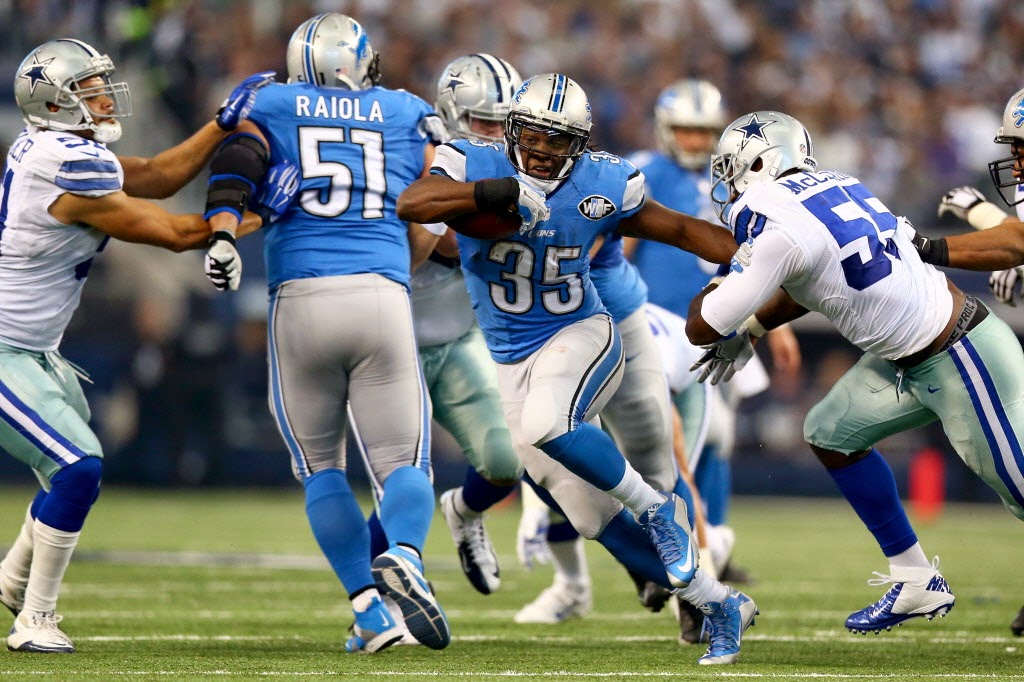 3) Ravens-Steelers: BAL in white/black, PIT in black/yellow. The NFL's most intense rivalry features much black. Both in black lids, the Ravens in black pants, the Steelers in black jerseys. Perhaps due to the letdown from Saturday's early game, which was more visually entertaining in my eyes, or whatever, I think this emphasized that somehow, the Ravens need to expose more of the purple in the white set. Maybe purple pants, or at least more purple trim on the black pants? The Steelers black over yellow is a fine set. Maybe the Ravens could have even gone all white for this one? I don't know. I just wasn't feeling this one. 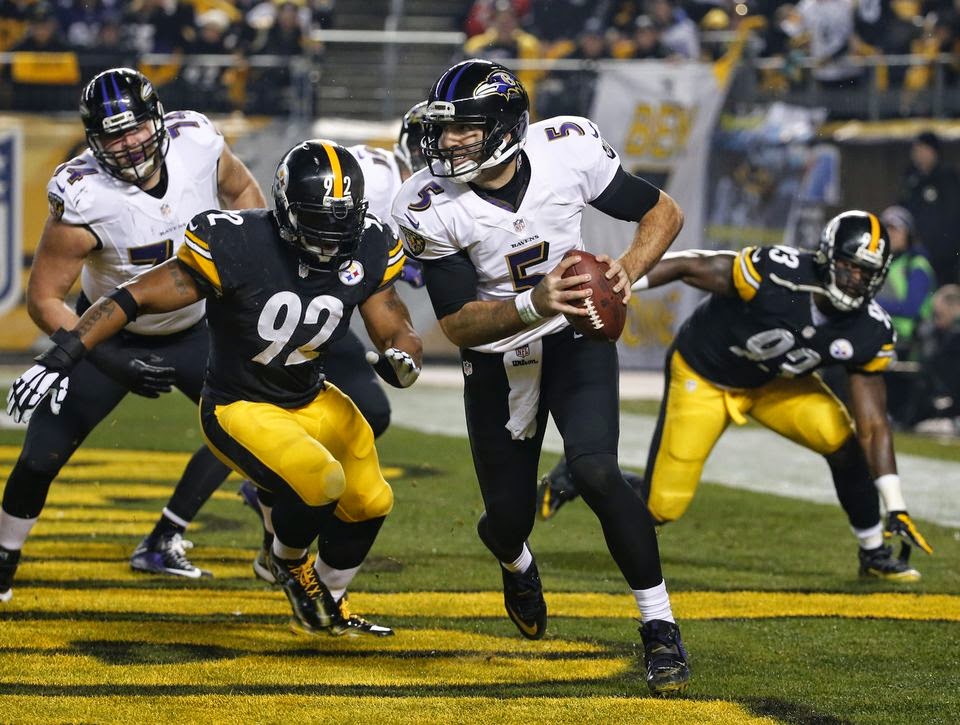 2) Bengals-Colts: CIN in white/white, IND in blue/white. What stood out here was the color opposites. Bengals with orange trim dominating over black trim. The Colts, whose blue jerseys seemed to vibrate with radiance. Coupling two of my favorite separate colors and this game somehow rocked. I know I bash on the Colts dullness when wearing their all whites, but when they are in blue and the opponent looks good and if the potential exists, it can make for a bang-up matchup. This one succeeds. 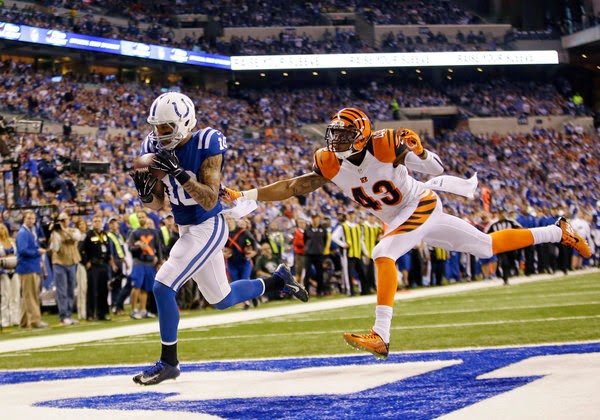 1) Cardinals-Panthers: ARZ in red/red, CAR in white/white. While the Panthers going to the all whites for a home encounter in the playoffs was a surprise to some, it was not without precedent. Frankly, I was a little more surprised that the Cardinals chose to go all red for this match. And it seemed to work rather well. If I had my precious druthers, the Panthers would have used this opportunity to go all black since they had not done so in the regular season. But, I prefer this choice as opposed to the tired black over silver. The Cardinals, while looking sparkling on the field uni-wise, performed rather dreadfully in execution. Still, a pleasing encounter visually. 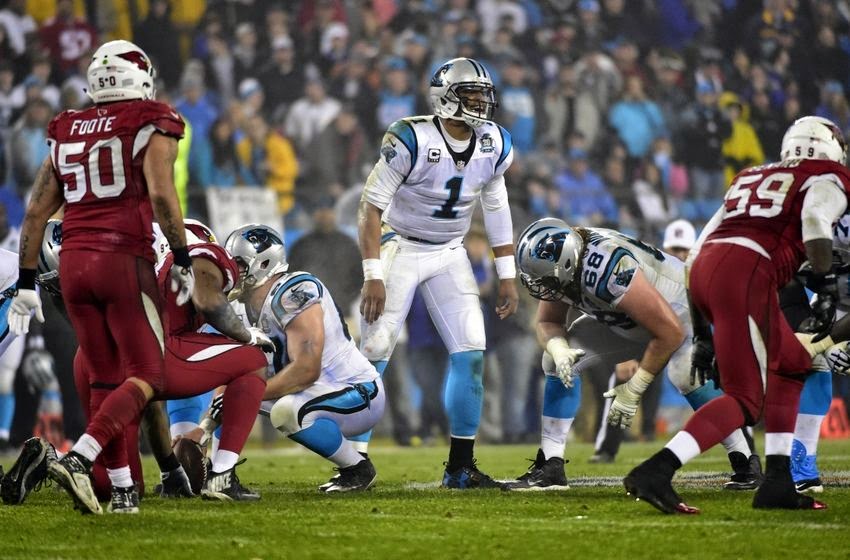 Next week, the Divisional Round, where the big boys enter the fray. See you then!