Ten years ago, back in June and July of 2011, I contributed to a blog post by Rob Holecko in which I ranted about the shortcomings of mono-white uniforms. But up until that point, teams still had the dignity to wear colored socks with their white pants and jerseys.

Who could have predicted that in just four short years, in 2015, the League would unleash upon its fans...the Color Rush? A misnomer for sure, in just the second year of the Color Rush program in 2016, 12 of the 15 games promoted as 'Color Rush' games featured a team in all-white.  Things had gone from bad to worse.

In the five seasons since, fourteen teams 'semi-regularly' trotted onto the field wearing white jerseys, pants, and socks - Color Rush or otherwise. Eight of these teams have since been nice enough to offer us a visual comparison...proof that the mono-whites can look better simply by adding colored socks. 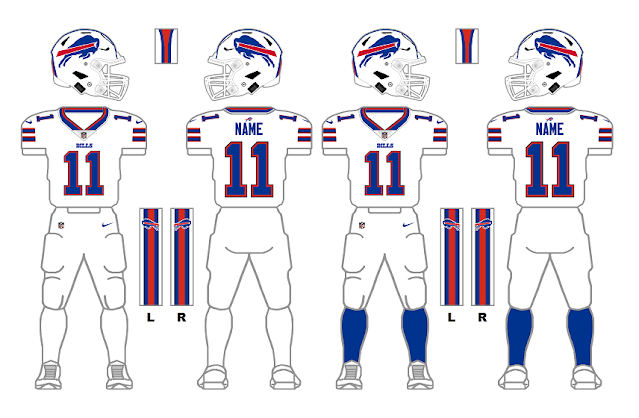 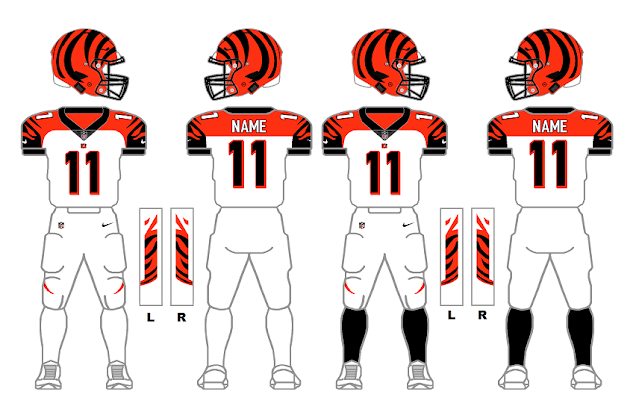 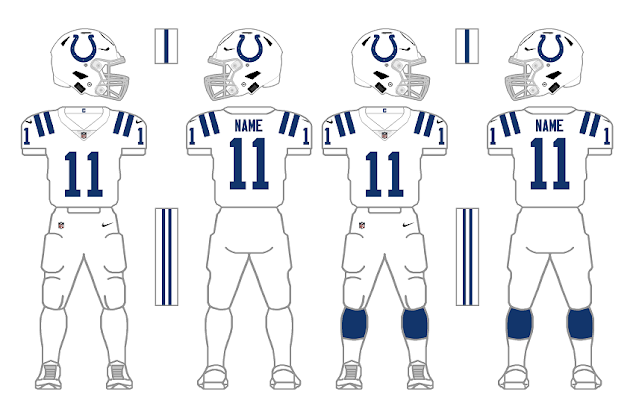 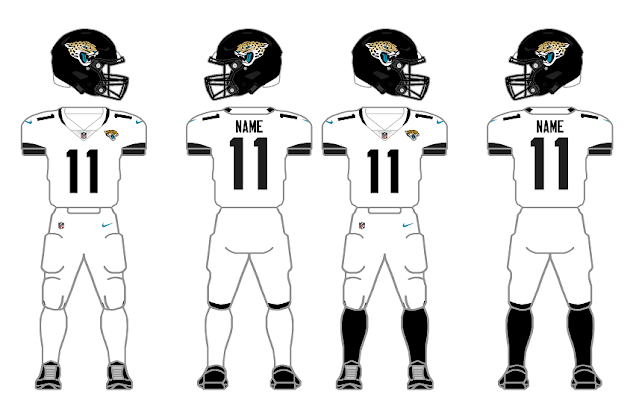 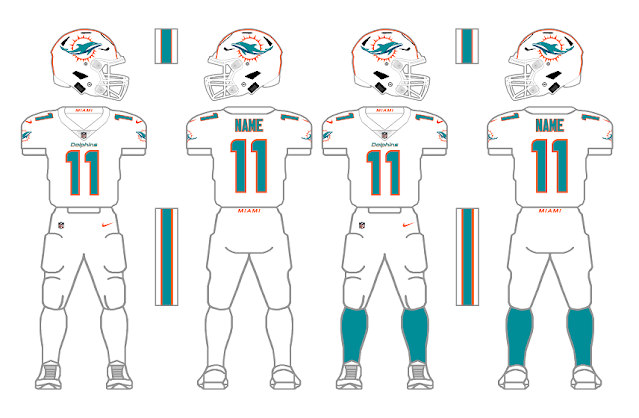 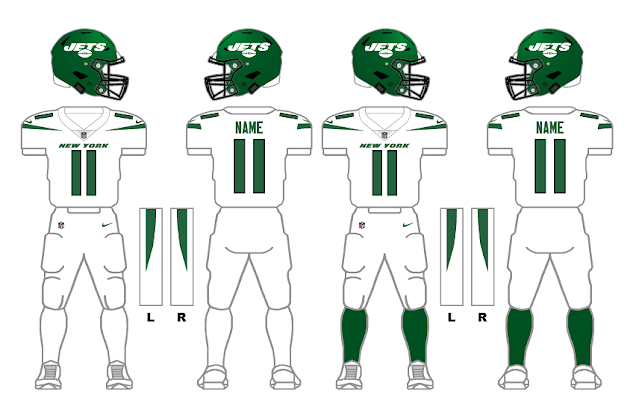