It Had To Have Been The Shoes! 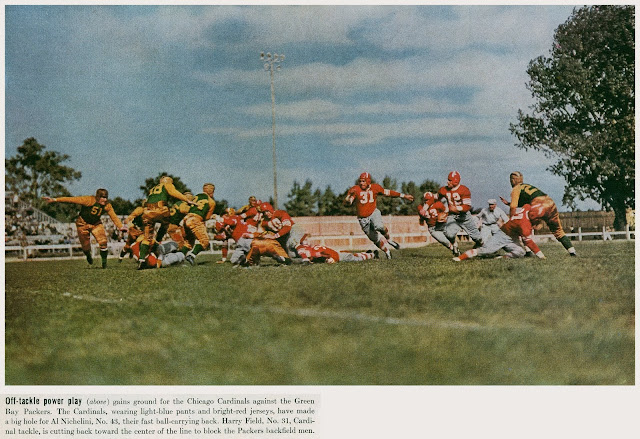 A few months ago, I wrote a blog about changes to the current footwear we were going to show here at GUD. The goal was to demonstrate the NFL's decision to allow teams to move away from the 'base-black' or 'base-white' shoe edict the League had run with for the past several decades.

Now with Nike taking over the League supplying the League with its' uniforms, conciliations were made to allow cleats of 'team colors' that may not even include black or white at all. Even brands that are not called Nike are now being allowed to be worn on the field of play as long as they fit within the 'team colors' guidelines.

Now it is time to turn our eyes back to the past. Since the site began we have shown essentially one style of shoe previous to the changes of 2012. With the exception of the colored cleats worn back in the 1970s by several teams including Philadelphia, Kansas City, Denver, San Diego, Washington, and the Rams, everything else on our site shows as the typical 'base-black' or 'base-white.' But those of us who have more than fair knowledge of the sport's history know that the 'low-cut' cleats of modern football were not worn back in the early days.

No. Back in those first decades of the League, players donned what could be referred to as 'high tops,' more reminiscent of basketball shoes than modern football cleats.

My next, and current, task as GUD's resident graphics creator is to make appropriate changes to this era and bring the site up to speed by doing so. Before I began, I needed to establish a timeline. In the 1970s, two changes occurred that brought football uniforms into a more modern era. Both were gradual changes not made in a single year.

The year 1974 saw San Diego and Kansas City go to colored facemasks. Their lead caused the vast percentage of the League to begin adopting non-grey facemasks over the next five or six years. In fact, by 1980, only 10 teams were left with grey facemasks. Furthermore, of those 10 teams, 5 of them were teams that had grey or silver as a team color.

The 1970s also saw, with the advent of artificial turf becoming more prominent across the League, players began switching to white cleats from black. At the time, the League had no mandate stating that all members of a team must conform and wear a single colored cleat. The situation was much more fluid. In some cases, teams spent a three-year period where the players would go from "75% black / 25% white" to "50 / 50" to "25% black / 75% white." What we have done here at GUD is document for each team when the change in majority occurred rather than show both varieties being worn at the same time.

My research to discover when the majority transformation occurred in which high-topped cleats were replaced with low-cut cleats focussed on the 1950s. I began looking at photos from the League Championship Games starting in 1959 and working my way back. Sure enough I found that the 1956 NFL Championship Game between the Chicago Bears and New York Giants was the last game to feature the majority of players in high-topped cleats. The following year, 1957, both the Cleveland Browns and Detroit Lions sported a look that featured the majority of players going to the low-cut version. I now had my 'line of delineation' for the change to be made.

But its' fun to point out that we tend to find extra additions to our site while researching something completely different. While viewing photos of the 1956 Championship Game hosting the Bears, I noticed the the Giants were wearing white basketball shoes (Converse Chuck Taylors, actually) instead of cleats. Continuing to dig further back it was discovered that, in a 1950 Playoff Game the Giants played in Cleveland, they wore white, high-top basketball shoes on another occasion! These additions will be made to the site when the high-tops are added to the Giants' images.

After altering the look of the low-cut black cleats to a more appropriate looking high-top appearance, I forwarded on the drafts to our historian, Tim Brulia. He made two different recommendations. First, he stated that until about 1935, the cleats featured prohibitively black laces that changed predominantly to white laces afterwards. The adaptation was made soon after. 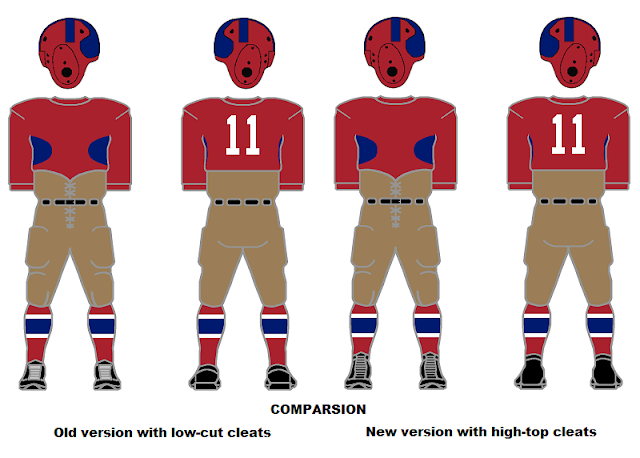 The second alteration Tim suggested revolved around what is referred to as 'sannies' or sanitary socks. Tim suggested that when the high-tops are added to images beginning in 1932 where the sannies are included, that too little of the sannies show above the top of the new, higher cleats. He suggested that we raise the upper portion of the sannies so that more of them can be seen. However, in constructing my original drafts of the high-tops, I had already tinkered with this idea. It could be done, but by raising the tops of the sannies we'd lose a feature of the high tops that I felt we needed to keep.  By leaving the sannies in position and limiting how much of the sannies are shown, it is much clearer to see that the viewer is now looking at high-tops and not the normal low-cut cleats we had previously been viewing due to less sanny being visible. If we raised the sannies as much as the cleats themselves were raised, we lose that differentiation. 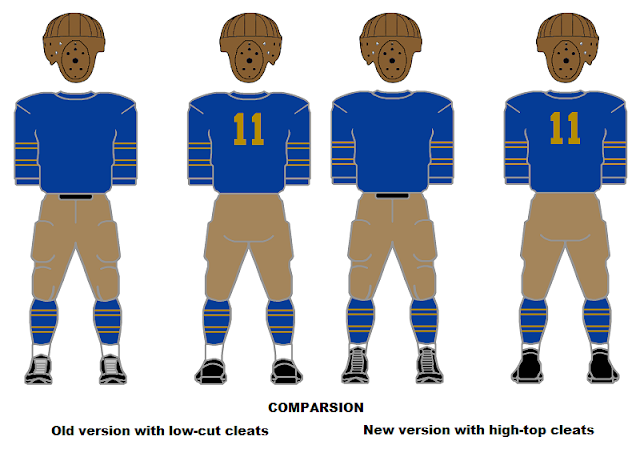 Therefore, I have begun making changes to all images pertaining to the time frame leading up to the conclusion of the 1956 season - 37 years if you're counting from 1920 forward. I am trying to get these updates in to Rob over the next few weeks ahead of the beginning of the 2013 Preseason. 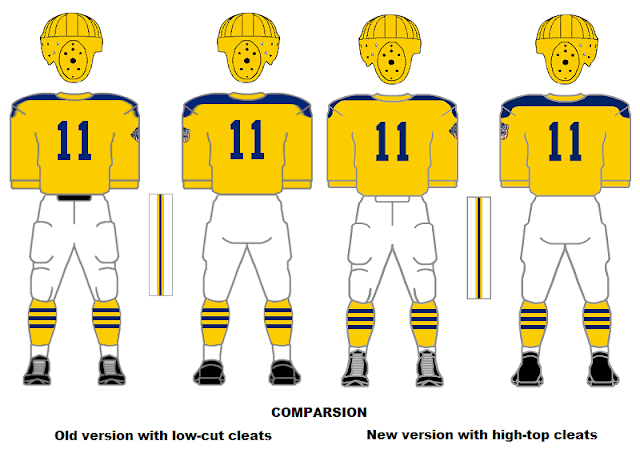 It is our opinion that the addition of these high-topped cleats make for a look more authentic to the era than was previously shown.

Look for these footwear updates, along with some concurrent belt alterations from our pal Larry Schmitt,  in the GUD "Updates" page as they are completed.
Bill Schaefer