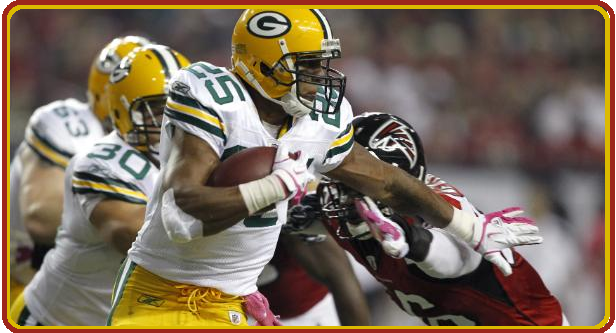 Here's my ranking of the Week 5 uni combos worn.

Strictly my opinion on a rainy morning in Central PA (reviews in the order they appear on the main page).
Cardinals-Vikings: Teams with a similar mid-00's template re-do. Separately, not a bad look. In the same game, they look very similar. Side jersey panels, curl and point pant stripes, nape of the neck logos. I do like the color contrasts, though.
Bengals-Jaguars: Jags going a month deep into the season with WAH (white at home), and white pants, too. Bengals with the black jerseys and white pants. A little too black and white for me. Not enough Jags teal or Bengal orange.
Chiefs-Colts: Cut and dried traditional look from both squads. Thankfully, the Chiefs are wearing the red pants with the white jerseys. Colts in blue. Just the right mix of red, white and blue, with a hint of yellow thrown in.
Saints-Panthers: No real surprises here. Saints in black jersey/gold pants combo. Understood as the N.O. doesn't seem to break out the black pants until a little later in the season. Panthers also no surprise in the all white combo, as the black jersey at home doesn't come until later. But, might have been an interesting match-up had the Panthers worn Carolina blue.
Raiders-Texans: With Oakland patriarch Al Davis' passing just days before, The Raiders were able to muster up a commemorative decal on their helmets. Whether this will translate into a jersey patch in the coming weeks remains to be seen. The Raiders in their standard whites while the Texans wear their deep blue jerseys with the white pants. This combo works.
Eagles-Bills: Eagles in their sparkling white jersey and forest green pants combo, while the Bills wear the combo of blue/white. Green, black, white, blue with some red. A very nice color palette here.
Seahawks-Giants: Seahawks in mono white and the Giants in the home blues with the gray pants. I think it's time for the 'Hawks to starting mixing the jerseys and pants. Iy would have helped this matchup a lot.
Titans-Steelers: Titans in white jersey/columbia blue pants with the Steelers in the usual black jersey/yellow pants get-up. Not fancy stuff here, but this is a uni matchup that I like. Sorry if my Steeler bias is showing.
Buccaneers-49ers: Lots of metallica here. Buc pewter and Niner gold. Helmet and pants. I normally like the Bucs' pewter pants, but I think the white pants would have worked better in this match-up. That scarlet Niner jersey perked this uni clash.
Jets-Patriots: Jets break out the green pants for this encounter and it's a big help. Their all white look would have killed this matchup as the Pats rock the Super Bowl XX throwback; white Pat Patriot helmet, red jersey, white pants with white socks. I always thought a dark jersey/white pants/white socks combo looked weird. Still do. But I think the Jets in the green pants is smart.
Chargers-Broncos: Bolts in white and dark blue, Broncos in dark blue and white. Boy, would the Broncos orange jerseys have made a difference here. The yellow (Chargers) and orange (Broncos) trim helps some, but just a lot of dark blue and white here.
Packers-Falcons: Packers in white with the mostly yellow trim. Falcons in red and white. Some folks have issues with a team in tri-color look (helmet/jersey/pants), but this is a great look for the Falcons. Add the Packer yellow and green, and you have a lot of color, which is what I like best in a uni matchup.
Bears-Lions: Classic rivalry. Classic unis (well, recent Lion tweaks notwithstanding) and you have a very nice set of shades of blue and silver and orange. Works well for me.
Now, here's this week's ranking of the games from 13-1. Remember, six teams had a bye this week.
13) Bengals-Jaguars
12) Buccaneers-49ers
11) Saints-Panthers
10) Chargers-Broncos
9) Seahawks-Giants
8) Cardinals-Vikings
7) Raiders-Texans
6) Chiefs-Colts
5) Jets-Patriots
4) Steelers-Titans
3) Eagles-Bills
2) Bears-Lions
1) Packers-Falcons
0 comments