Yes, we are still alive at the Gridiron Uniform Database. We were just in hibernation!

On March 24th, it was revealed by the NFL that the upcoming 2015 season will be a golden celebration. For what reason, you may ask? At the end of the season, the AFC Champion and NFC Champion will meet in the Super Bowl as always. However, this will be no ordinary Super Bowl, By no means. This will be Super Bowl 50. Yes, even the roman numerals will take a one year hiatus.

In the NFL's eyes, the 50th playing of the Super Bowl is so momentous that the entire season will be cause for celebration.

Among other things, the NFL has created a gold-plated NFL Shield, 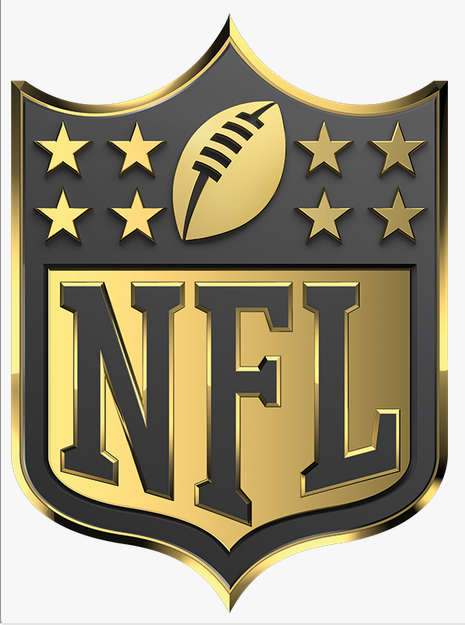 gold 50's for the on-field markings, 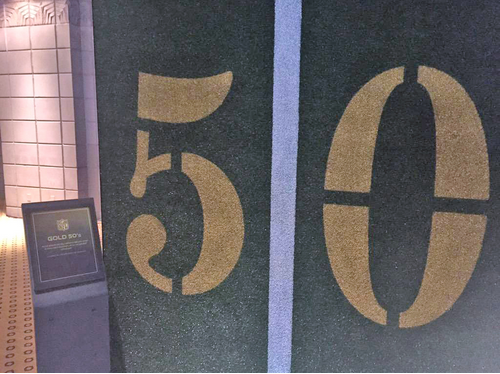 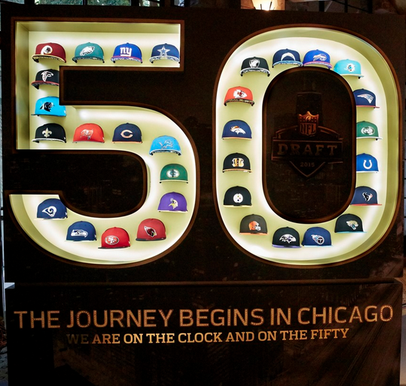 What will all of this mean in terms of uniforms? Will the NFL Shield be gold on the jersey collars and pants legs? Will the officials wear gold colored caps? Will the Super Bowl 50 Vince Lombardi trophy be gold instead of the usual silver? All that glitters is gold? All will be known soon enough, we're sure.

It was also revealed that the Browns new uniforms, to be released April 14th, will contain as many as nine different color combinations. Which one would think means a white set, a brown set and an orange set, to be mixed and matched.

The NFL has been known to have the "Midas Touch" in terms of marketing its wares. They also say that "Silence Is Golden."