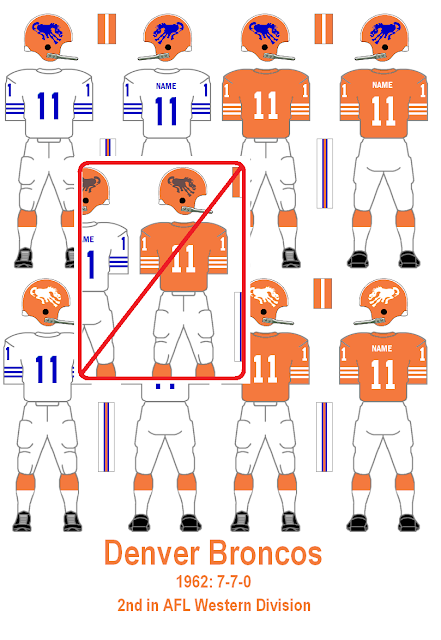 Those of you who are regular readers of the Gridiron Uniform Database Blog have probably noticed we have taken a break from regular blog updates over the past few weeks.

Frankly we have had to set the blog on the back-burner as real world issues have led to a greater demand on our time.

Anyway, the primary focus of The Gridiron Uniform Database is, and should continue to be, the database of images that truly make this site the one-of-a-kind reference tool that it is, on a par with other great internet sports uniform themed databases like baseball's Dressed To The Nines and, uh, what's that other great sports uniform site?  You know the one with all the soccer unis?  Yeah, that one.
So we have decided to "retool" our efforts around here, and place a greater emphasis on simply maintaining the database.  The new season kicks off a week from tomorrow, and I think you'll like how we will be displaying the current uniforms of the NFL on our front page as the season progresses.
This is not to say that we won't still have a blog, it just won't be the front page and main focus of the website -- that will from now on be the database.  We will still bring you articles relating to football uniforms whenever we have something worth blogging about.  It just won't be every day or on a specific schedule.
In the upcoming weeks we will be bringing you coverage of, and database updates from, Tim Brulia's second trip to the Library of Congress.
For those of you who do crave a daily dose of sports uniform blogness (and you know who you are) we urge you to continue to visit Uni Watch daily, which I'm sure you do already.
Also, those of you who have followed with great interest the Best NFL Uniform of All-Time Contest/Tournament, rest assured it too will still have a place on the website.  Look for it to return soon with all-new first round match-ups to vote on.
However, before we make this transition, there is absolutely one item that we must bring to you which those of you who read Uni Watch today are already aware of, and that is there are new developments regarding the 1962 Denver Broncos "Is it blue or is it brown" helmet, and here with the Gridiron Uniform Database's response, is our historian Tim Brulia:
~ ~ ~ 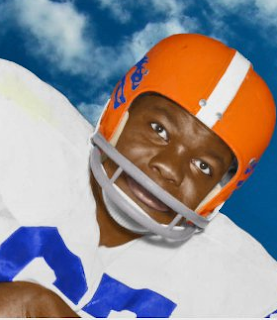 Well, it looks like the mystery of the 1962 Broncos dark horse has apparently been solved. It's blue. In his blog, Denver Broncos' Vice President of Corporate Communications Jim Saccomano [no relation to this guy, with thanks to Adam R.W. in the Uni Watch comments] says he asked no less than three individuals with ties to the Broncos of the period in question; Chuck Garrity, former Denver Post sports editor, Ronnie Bill, who was the Broncos assistant equipment manager in 1962 and Al King, publicity man for the Broncs in '62. To a man, they all insist that Denver wore a blue horse on the helmets in early '62 as opposed to the brown bronco that has been surfacing on internet pages almost since the www gained public acceptance in the mid-late 1990's.
However, in the recent past, several players from that '62 Bronco team were asked the same question and they stated that the horse was brown. Personally speaking, the memory of those who directly worked for the team in the area that requires a bit more knowledge of what style of uniform was worn (publicist, equipment personnel) carries more weight than the players who wore them. Why? Players normally are more concerned with how the equipment feels and fits on them than what color they are. In other words, function-over-fashion. While men like PR guys are likely more of the fashion-over-form guys.
So, if indeed the horse was (as appears more and more likely) blue, then the question is: How did the urban legend of a brown horse gain so much acceptance? I myself have heard a couple of theories:
1) Coach Jack Faulkner was a Browns guy through and through. He wanted a little vestige of brown on the new look, NOT in tribute to the 1960-61 Broncos, but rather, to the Browns.
2) When ordering the new helmet decals from the supplier, the Broncos didn't specify the color. The supplier, unaware of the color change, printed up brown decals. The Broncos when receiving the logos, hurried up and used the decals anyway and then - to avoid confusion - simply re-ordered the exact same helmet decals, only in white.
Short of either actual written documentation from 1962, or a full color photograph or color film from one of these games or - better yet - an actual game used helmet surfacing from the early 1962 season, this is the most convincing piece of evidence available to us. So, the change for the 1962 Broncos template will be made and shortly our database will be reflecting the color of the horse as blue, as we now feel that is most likely the color they were..
And the quest for Gridiron Uniform Database perfection marches on.
~ ~ ~ 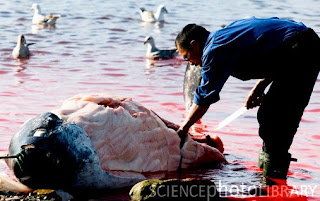 Well, there you have it, you can never really consider a white whale caught, as long as it is still breathing.  Until we see that harpoon sticking out of its' gullet and Eskimos are sorting through the blubber, it is still just an assumption, as are many of our older database images.  As far as we know, all of the graphics in our database are correct.  Are there images that we are 100% sure of?  Yes.  Are there other images (many in fact) that we are 99.9999% sure of?  Yes.  Are there others that we are only 95% sure of?  Yes.  Are there images that are just an educated guess?  Yes.
We stand by that all of the images that we present are what we believe to be the correct images.  Were we wrong to have presented the 1962 Bronco horse as being brown when others said it was blue?   No, at that time, we believed that it was most likely brown, or at least more likely to be brown than blue, and we presented that as such.  Now with this new evidence, we now believe that the horse was blue, so we will present it as such.
Perhaps next week a color photo will surface that will show that it was a brown horse, and we'll change it again.  But for the time being, we'll just have to stick to blue as being most likely.  If we only presented images that we were 100% certain are absolutely the correct images, we'd have a blank spot where the blue or brown helmet is.  We can only present the best information we can, given the research available to us.

But to follow up on Tim's theories of why (if it indeed is blue) did anyone think it was brown in the first place, I think the question to ask is:  Who was the first person to look at a black-and-white picture of the helmet and, not knowing what color it was, assume it was brown whichever color it isn't, and why would they do so?  If whoever had made that assumption, and any others that had followed, had never done so, and then the first internet pictures of the brown-horsed helmet had never existed, there possibly would never have been this controversy.  And what about the Frank Tripukas et al, who seem to remember that it was brown?  Were they just the victim of leading questions, or of their own faulty memories?  Or are they right and is this latest research erroneous in some way?  I guess like Tim says, until we see visual, incontrovertible proof either way, reliable eyewitness testimony and research is the best we can do, and now, after reviewing Saccomano's latest research, we at the Gridiron Uniform Database believe that the color of the horse on that helmet was blue.

Now, not speaking for Tim or Bill here, but my (Rob's) thoughts on the origin of the brown helmet?  I think someone just frankly didn't know what color it was, and just looked at the progression of Broncos' helmets, and this was all the information they were going off of: 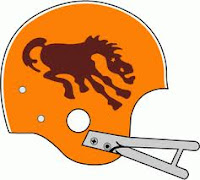 Looking at this, and if I didn't know any more about it, I might have assumed that it was brown, too.  Well somebody did, and once this picture (to the right) got out on the internet, no one could be sure.

Had it really been brown, however, would there have been just as many incorrect pictures of a blue horsey?  But wait, what if it was, then there are, right?  But since it isn't, there aren't, right?  Huh?

I guess the logic could dictate that since there was much controversy over this, the picture that some of us thought it was must have been wrong, since now that we think that it is the color that we think it should be, it feels right.  Meaning, since all along we [the greater "we", not every one of us], in the back of our minds, felt it should have been blue, it was a controversy that it was being depicted as brown.  (It wasn't the helmets that were blue that were causing it to be a controversy, it was those helmets that were brown that were making it a controversy, because we thought they were wrong.  No one was making a "controversy" out of the existence of the helmets with the blue horse, were they?)

Therefore our greater sub-conscience is (and has been) telling us they must be blue.  But of course, without incontrovertible proof, our sub-conscience might be wrong, too.

While a commentor on Saccomano's blog is still unconvinced and says, "You now just have two groups of people relying on their memory," for me the segment of the blog that seals the deal is:

Of course if a cynic wanted to, he could say that if perhaps the Broncos had an agenda in wanting to prove that the horse was a particular color, it wouldn't be hard for the team's PR guy to come up with three guys and make up some quotes.  Why would Ronnie Bill lie?  Well, why would Frank Tripuka lie, either?  What if Tripuka's memory is accurate and Bill's is faulty?  Well Ronnie Bill seems adamant.

Bottom line, we seem more certain now than ever that they were blue.  Have we absolutely, unequivocally proven it beyond a shadow of a doubt?  No.  The whale is still breathing, but on life support.

Saccomano says on his blog that the "mystery is solved," but he has the power to truly put it to rest once and for all.  If he truly does want to close the matter he needs to follow up in his blog and interview Gene Mingo, Frank Tripuka and Jerry Strum, those who have said that the horse was brown (Jack Faulkner died in 2008) and present them with his findings and report back in his blog their response.  If they, presented with this evidence reply something along the lines of: "Hmm. I swear, I thought they were brown, I guess I was mistaken," then that's one thing, however, if they respond: "I don't care what the equipment and PR guys say, I know, without a doubt that that horse on that helmet was brown," then the debate will continue.

Anyway, for the final word on this subject here is our graphical designer, Bill Schaefer: