Chances are, if you are reading this week's installment, you are not out Christmas shopping. Good. You need a break. So, let's hop on the GUD Uniform Ranking Express!

16) Dolphins-Patriots: MIA in white/white, NE in navy/silver. Oh dear. Dolphins continue to waste opportunities to grab those wonderful aqua pants for the yawning all whites. I don't understand. Would have paired really well against the standard and solid navy over silver of the Pats. 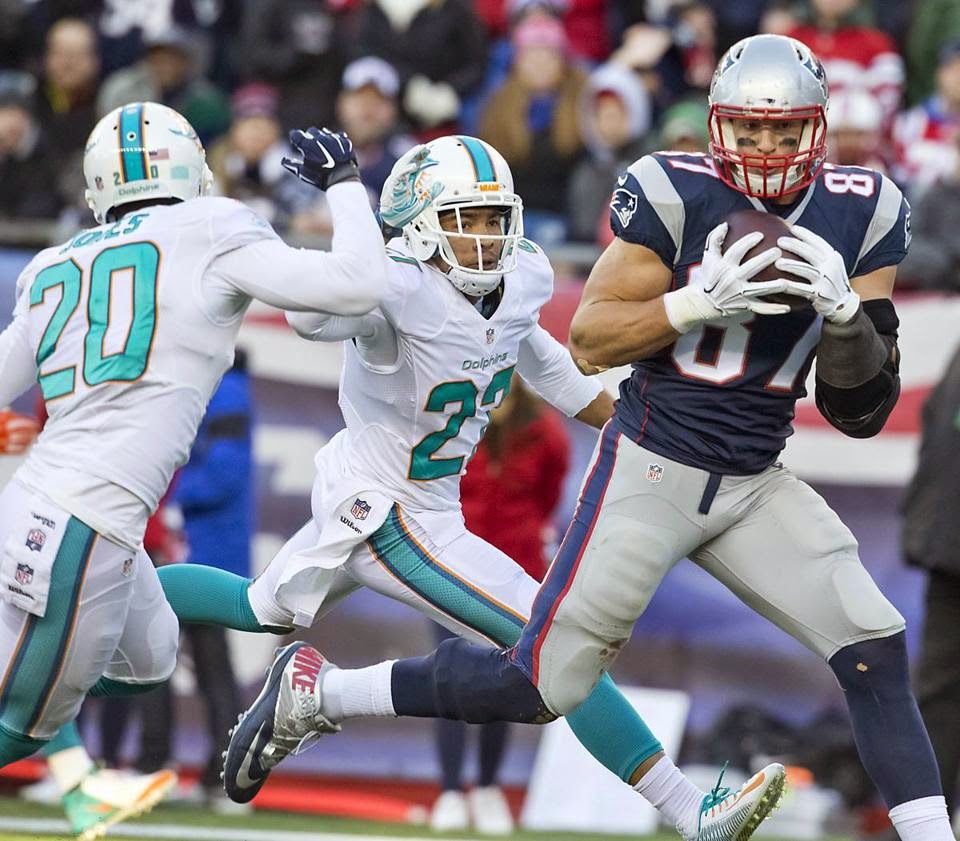 15) Broncos-Chargers: DEN in white/white, SD in navy/white. Too much navy and too much white help to make the spirits blight. Where trim colors, such as maybe more orange, more yellow and/or more powder blue would make the spirits bright.

14) Jaguars-Ravens: JAX in white/black, BAL in purple/black. Oh for the love of black. The Ravens' purple over black is a unique and exciting combo. But matched with the Jags love of black pants, it gets caught in the crossfire.

13) Bengals-Browns: CIN in white/black, CLE in brown/brown. All that chocolatety goodness. All that black pants sleekness. Hmph. A little too much of the dark side. I think the all browns would work better against a team that didn't look so similar.

12) Cardinals-Rams: ARZ in white/white. STL in navy/white. I'm not sure I understand the Cardinals' choices. Last week, all red against the red heavy Chiefs. This game? All white against the Rams with white trousers. Puzzling. Red pants would have been excellent. But the Rams navy over white looks better to me every week. Push.

11) Saints-Bears: NO in white/black, CHI in navy/white. Mixed feelings on this one. I sorta think the Saints did right by wearing the black britches, but...then again, would the gold trunks have been a better fit against the Bears navy-white. Or....maybe the Bears in a ready for prime time all navy look? I guess indecisiveness wins here. It's good, but...gee...

10) Raiders-Chiefs: OAK in white/silver, KC in red/white. Since 1963, the ONLY time we did not see this matchup was in 1980, when the Chiefs decided to go WAH. Which likely makes this the most common uni matchup of all-time. And something should be said for that, I reckon. But as far as a visual treat, it's nothing special. There are better, and there are certainly worse.

9) Redskins-Giants: WSH in white/yellow, NYG in blue/gray. Unlike the aforementioned OAK-KC rivalry, this one goes back even longer, but so many more differing looks than that one. So, more variety, but not necessarily better. In this case though, slightly better. A better distribution of color and trim. Burgundy, red, blue, yellow and gray.

8) Buccaneers-Panthers: TB in white/white, CAR in black/silver. What sparks this one up the map? The Bucs orange socks! Socks are almost always the overlooked element in a uni matchup, but when done right, it helps a lot. Now if the Panther had chosen to go with carolina blue socks...I can't even imagine! 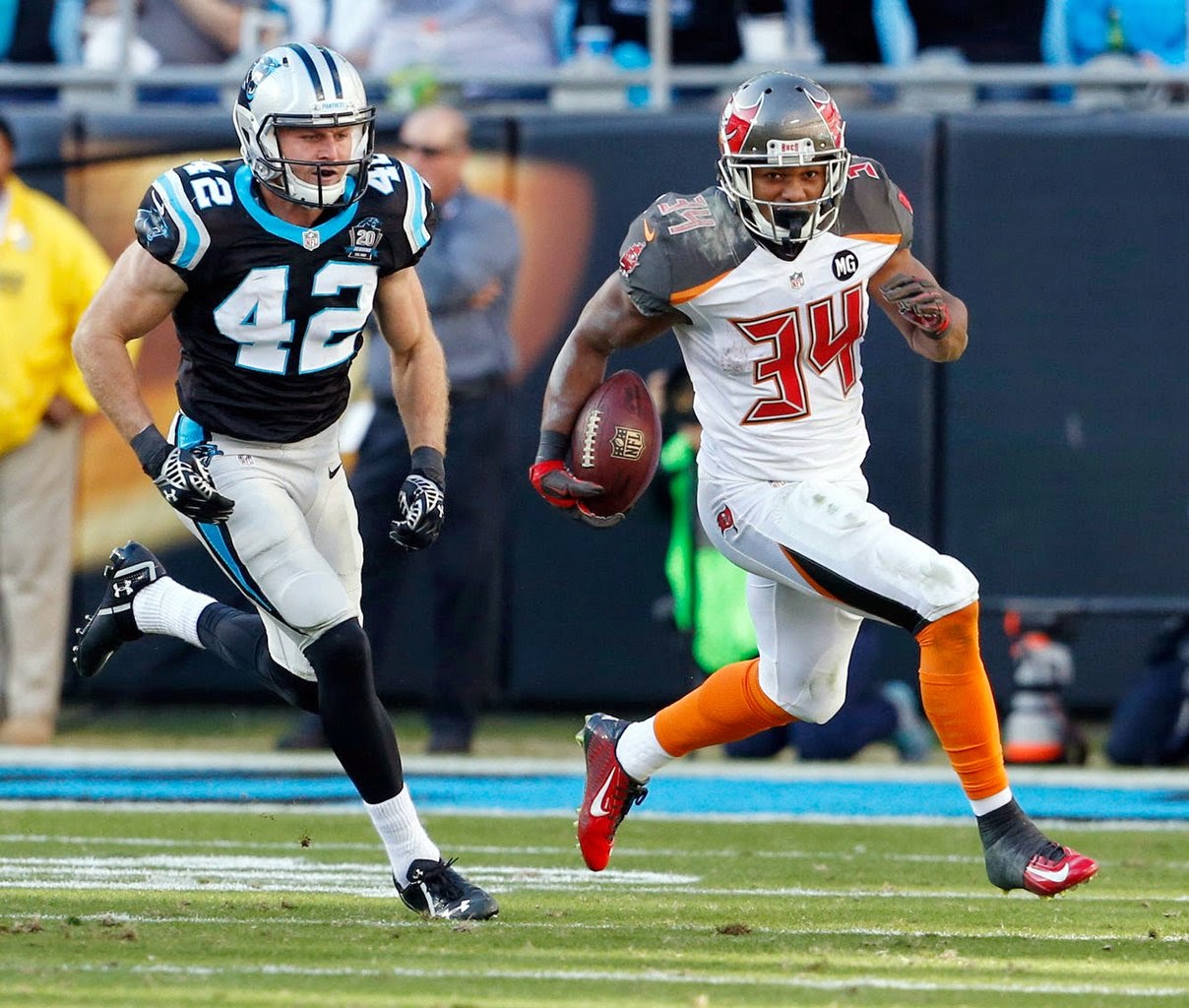 7) Texans-Colts: HOU in white/navy, IND in blue/white. I think in previous years, I was wishy-washy on this matchup. This year, I dig it. Perfect yin-yang. You take the white helmet, I'll take the navy. You have the blue jersey, I gots the white. You do the white pants, I rock the navy. And I'll add a dash of red to boot.

6) Cowboys-Eagles: DAL in white/mint, PHI in green/white. Wait a minute, didn't these guys just play each other? Yeah, Late Thanksgiving Day! But in that one, the Cowboys wore their non-whites at home. This time, the more usual white over mint combo, with the Eagles in green over white. The nightmare early non-green unis of Philly just a bad distant memory. Always a nice clean pairing.

5) 49ers-Seahawks: SF in  white/gold, SEA in navy/navy. Wait another minute, didn't these guys just play each other, too? Yeah, Thanksgiving night! Well, with the rematch so close at hand, the Seahawks wear an outfit much more appealing than the grays that were so difficult to see, their neat-o navys. The Niners with the gold helmets and pants with red trimmed white jerseys, just looks a bit better than a short while ago.

4) Steelers-Falcons: PIT in white/yellow, ATL in red/white. Triple combo vs. triple combo. I always like to give high marks for such matchups, and I do here, despite the fact that black and white are two common denominators at play here. The Falcons red and Steelers yellow do bounce nicely off each other. Well done.

3) Vikings-Lions: MIN in white/purple, DET in honolulu blue/silver. One of my favorite annuals matchups, as long as the Vikes go with purple...and they do. The sweet taste of purple mixed with a hint of yellow against the wondrous shade of honolulu blue and dollops of silver with a kiss of black. 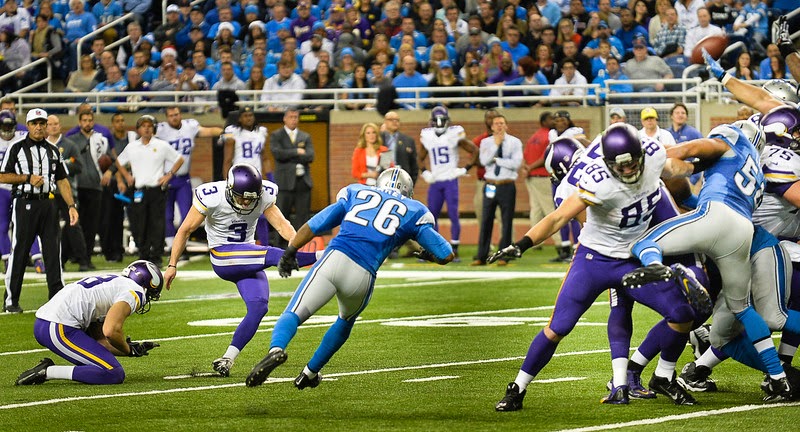 2) Jets-Titans: NYJ in green/green, TEN in white/navy. We haven't seen this much WAH out of the Tennessee bunch since their days as the Tennessee Oilers (1998 & 1999). One good thing about that is this game. It brings out the Jets in mono-green, a look detested but many, but liked a lot by me, and the Titans in navy pants. When both sides have white helmets, it's my believe that they should compensate making full use of their colorways. In this case, affirmative on both sides.
1) Packers-Bills: GB in white/yellow. BUF in blue/blue. Lordy. I love Buffalo blue. I like Packer green and yellow. So the Bills go all blue with this set and for once, a white helmet looks glorious. Couple with lots of Packer yellow with green trim this becomes a gem of its time. Boy o boy!! 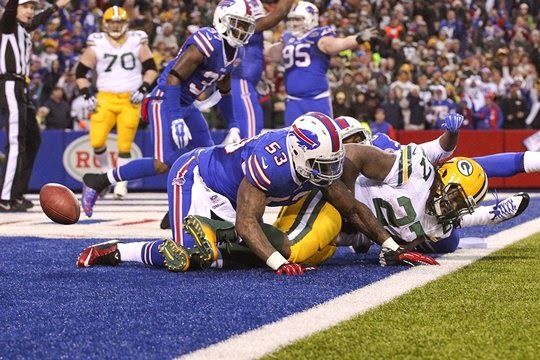