Back in the days of old in the National Football League, the template of a football uniform was rather simple. A plain leather helmet that resembled more a World War I flight cap (without the goggles) than a football helmet, woollen football jerseys, droll canvas pants and wool socks.

As we focus on the pants, and pant materials became a little lighter and more form fitting, one unique aspect came to the fore.  Namely the contrasting appearance of elastic, running down the rear from the waist, down either, um, butt cheek, down the rear thigh, down to the calf to the edge of the pant leg.

For lack of a more sophisticated term, we at the GUD call them "butt stripes."  As far as we can tell, these stripes first appear as black, and in some cases, seem to contour to players' posteriors accordingly. Meaning that some of the heftier players may have had wider butt stripes than the more thinly built players.  We surmise that the butt stripes actually may have had a function; a more custom and comfortable fit for players. The previous canvas pants were definitely bulky and most were fitted with exposed hip pads.  Likely, these pants would add weight with sweat, and likely mud and other elements of nature found on the hard-scrabbled fields.  When the butt striped pants rose in popularity, with newer materials, the stripes were made of elastic materials that moved with the player and was less likely to be troubled with the aforementioned issues that plagued the canvas pants.  Not every team adopted the butt-stripe approach, but the Giants, Bears, Pirates, Dodgers, Cardinals were among those that did.
Soon after their appearance, several teams began to take advantage of the stripes and utilized them as a design element.  In 1935, the Dodgers came out with white butt stripes on their green pants, and the Bears sported orange butt stripes on navy pants.  The following season,
1936, the Giants added stripes within the butt stripes with a white/red/white combo, creating one of the flashiest looks for the butt stripes in NFL history.  The Pirates/Steelers in 1939 adopted a butt stripe look that incorporated an elastic waistband with the butt stripes, a somewhat unique look.  By 1943, the Dodgers were the NFL team holding on to the look as further advancements in materials made the butt stripes rather obsolete in form as well as fashion.  In 1944, the new Boston Yanks were the last team in the NFL adorned with butt stripes.


Two years later, butt stripes made an encore performance in the All-America Football Conference with the Buffalo Bisons sporting blue stripes on silver pants and silver butt stripes on blue pants.
After 1946, the rear elastic stripes were gone for good, never to return.  Not even on throwbacks. 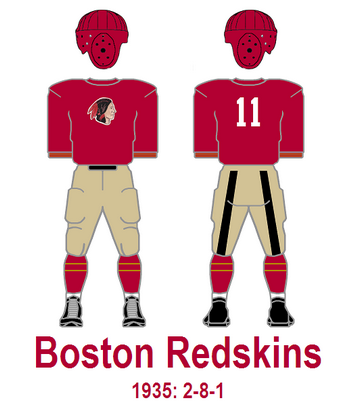 Recently, the GUD made adjustments to the teams that wore the rear stripes to better portray the look of these beauties.  In most cases the stripes started in an off-set position just below the belt line. Previously, we had erroneously depicted the start of the stripes at the pant edge. 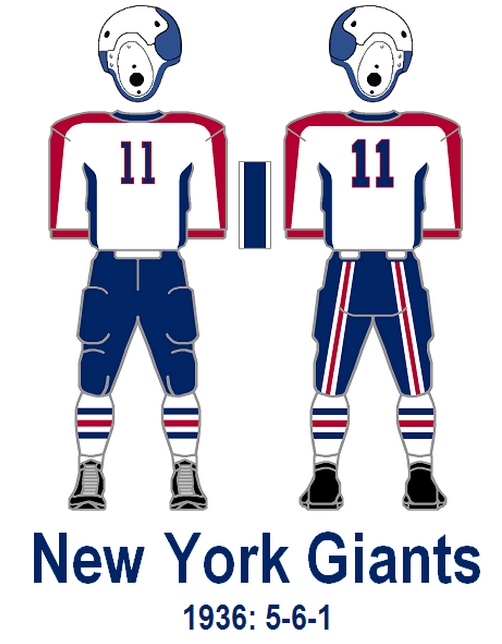 We hope you enjoyed this look back in time as the GUD looks ahead to the 2014 season.