Getting right to it!

15) Dolphins-Jaguars: MIA in white/white, JAX in black/white. If ever we needed an overload for teal and aqua that would scream Florida, this would have been the one. Instead, no teal/aqua jerseys, no teal/aqua pants. Just the dreaded all white of Miami and the black/gold/white ensemble of the Jags. A real matchup bummer, 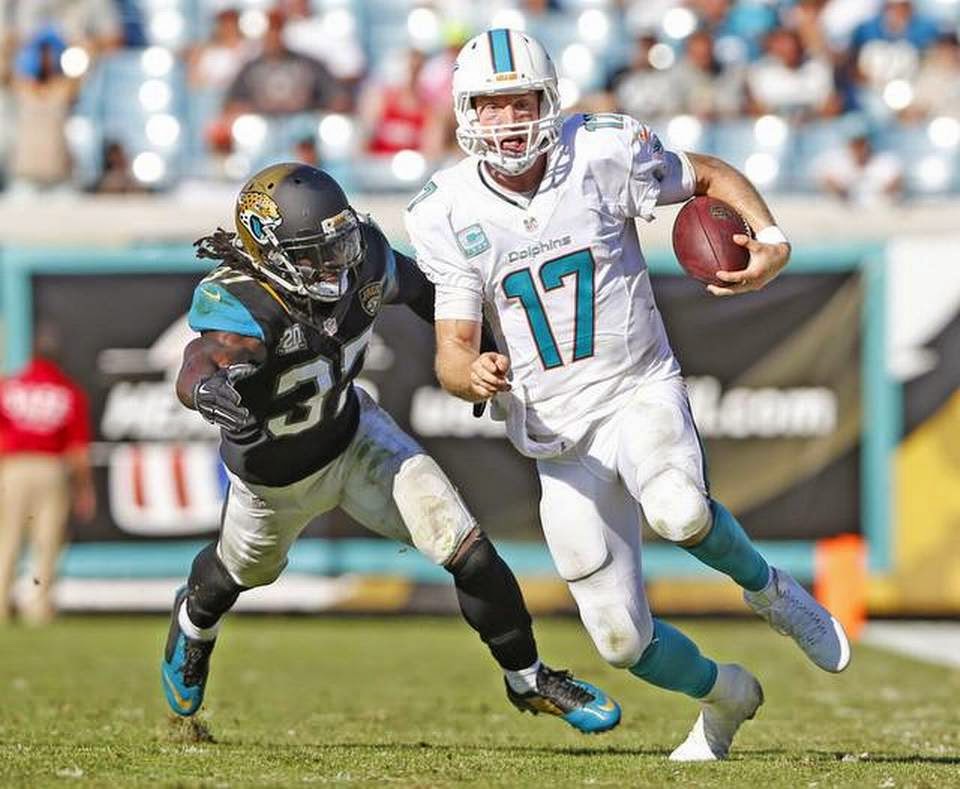 14) Seahawks-Panthers: SEA in gray/gray, CAR in black/silver. No No no no ni ni. Not the game for the Seahawks to rock the gray jerseys. Not at all. Not against a team that decides to do the black over silver starting this week instead of the all whites for home games.

13) Eagles-Cardinals: PHI in white/white, ARZ in red/white. OK, we know about the Eagles issues with green this season. So we are faced with the drab as a slab all white look. We get that. BUT Cardinals, you could have helped the cause by going all red for this encounter. What you see may be what you get, but it isn't what you want.

12) Texans-Titans: HOU in white/navy, TEN in navy/white. It was rare for the Titans to go this deep into the season in white at home, I was thinking maybe the Titans would do it for the season. Not to be. And I do like this combo, but I think the columbia blue tops would have worked better against a white over navy squad.

11) Rams-Chiefs: STL in white/white, KC in red/white. Just a bit much on the white end of things for me here. No, not saying the Chiefs should have rocked all red. But the Rams certainly could have slapped the navy pants on this one. I think it would added some sense of additional color without overwhelming the matchup.

10) Ravens-Bengals: BAL in white/black, CIN in black/white. The buzz was that the Bengals had planned on an all black ensemble, but decided to switch to white pants. That helped, because that would have been just too much black for this matchup. It helps this one some, but not drastically.

9) Packers-Saints: GB in white/yellow, NO in black/black. Not sure about this one. Not a dull uninspired matchup and yet, not one to write home (email home??) about, either. Maybe jaded by the all blacks? Maybe?

8) Bears-Patriots: CHI in white/navy, NE in navy/silver. Both teams could have done something wild, but being conservative organizations, of course not. And really, this matchup does offer some variance, orange, navy, red, silver. But not quite enough to spark some flames. 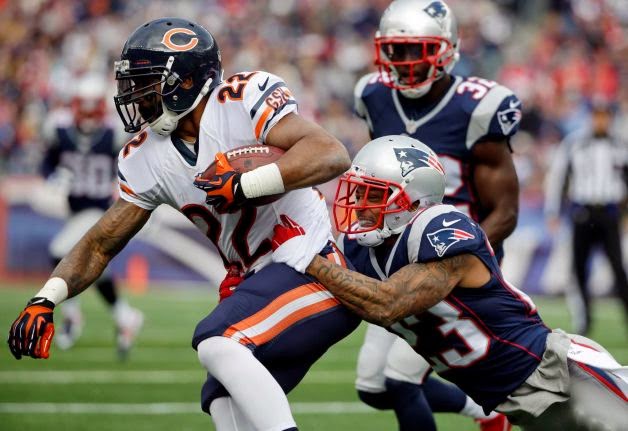 7) Chargers-Broncos: SD in white/navy, DEN in orange/white. After the all navy alternate, the Broncos revert back to that pumpkiny sweet orange. The Chargers reply with the white over navy look. Lots of navy, to be sure, but punctuated by good orange, yellow and a flash of powder blue.

6) Redskins-Cowboys: WSH in burgundy/yellow, DAL in white/mint. With the Redskins fully in yellow pants again, these games between these bitter rivals evoke images of the 1970's when Dallas-Washington was white hot. And the colors are distinct. Burgundy, yellow, metallic blue, blue, mint and of course, Cowboy white.

5) Vikings-Buccaneers: MIN in purple/white, TB in white/pewter. Socks. Overlooked yet, vital. For the Bucs, such s simple maneuver of changing from dull pewter socks to vibrant red socks with this uni combo makes not just a difference in their look, but in a uni matchup against a team whose primed in purple, it just adds mega bonus points overall.

4) Lions-Falcons: DET in white/silver, ATL in red/white. "Wake up with Wembley" is how Fox described this game. This one - color wise (and that's what I like most) - is eye appealing. It brings the Falcons in the favorable red over white combo along with the Lions in silver with honolulu blue and a breath of black to trim. Good one, Lads.

3) Raiders-Browns: OAK in white/silver, CLE in brown/white. I, for one, am not a fan of the Raiders rather dull white over silver uni. I find it generic and somewhat lifeless, The Browns? I like the brown over white combo, because they are accessorized by the magic orange helmet. But the Browns unis are nowhere near my favorite. So why does this matchup rank so high? Because, that's the beauty of the matchup. Put these two combos together, and I am enthralled. All of it falls into place so well. 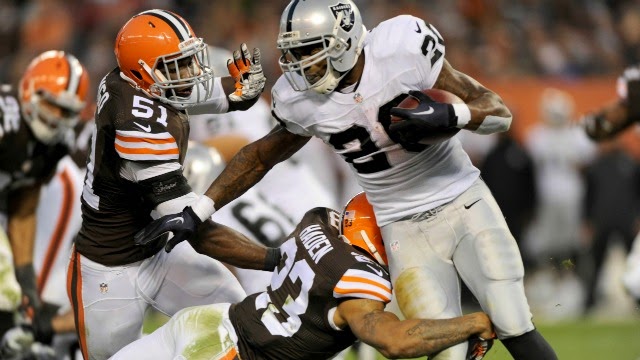 2) Colts-Steelers: IND in white./white, PIT in throwback yellow-black/khaki. If the away team in this matchup was almost any other team but the Colts, this would easily be the week's #1. The Colts rather yawny all whites perhaps are a good contrast to the outrageous and highly polarizing Steelers bumblebee jersey and socks. I happen to be in the LOVE camp for these wonders and I know that puts me in the minority, but you gotta hand it to the Steelers for staying with the stingers. 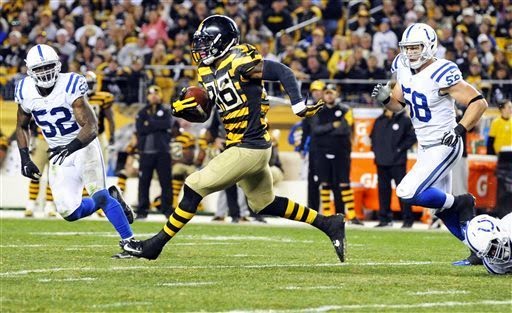 1) Bills-Jets: BUF in white/blue, NYJ in green/green. When white helmeted teams meet, the unis better salvage the matchup. And this one does. Both rocking dark pants for this one, Bills in blue and Jets in green for the mono green effect. The dark pants are a pleasant contrast and make this one work. A lot. 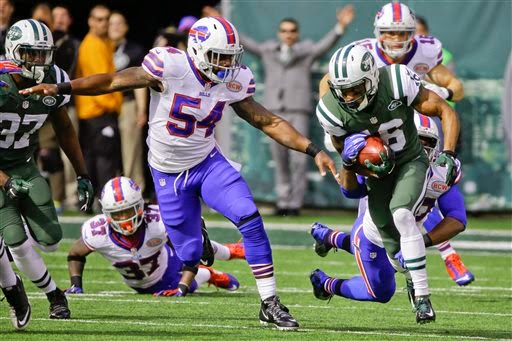 Till next time, Happy Halloween, everyone!!
6 comments