And so it continues...

16) Chiefs-Cardinals: KC in white/red, ARZ in red/red. OK, so you ask, if you like the Chiefs in all red so much, why the low rating for the Cardinals' all red?? Here's the deal. Had the Cardinals gone all red against any other team in the NFL, this game easily is in the upper half of the rankings. Even if the Chiefs wear all white, I can knock this game up a lot. BUT the Big Red goes and wears this combo against only other team with as much red as them. Sigh...next please... 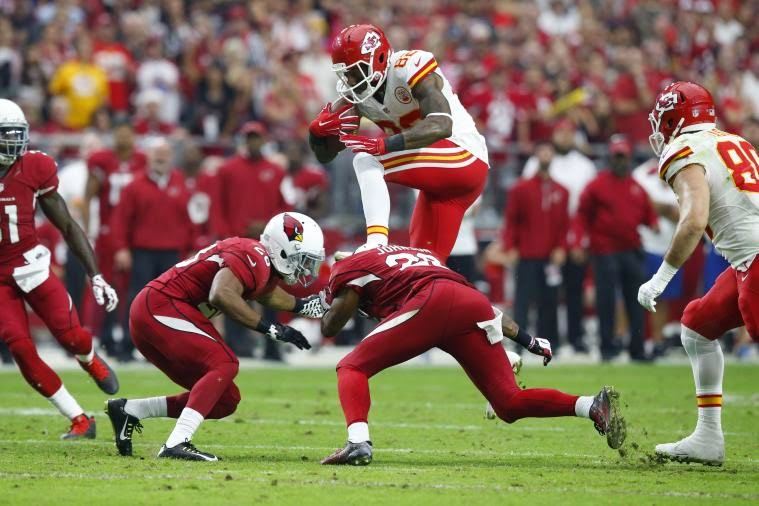 15) Seahawks-Eagles: SEA in white/navy, PHI in black/black. Man, I must be getting jaded or something. The Eagles finally have their greens ready, but they decide to go all black?? I'm sure the black jerseys were known months ago for this one, but heck, if you're going to go all dark, why not rock the green pants?? It would have added style points to the GUD book. Seattle's white over navy gets lost when it really shouldn't have.

14) Ravens-Dolphins: BAL in purple/white, MIA in white/white. Loads of white, but I'm not expecting the Ravens to don black pants in the tropics of South Florida. It would be nice for the Fins to sport the aqua pants, though. When your end zones look better that your unis, time to do something about it.

13) Jets-Vikings: NYJ in white/white, MIN in purple/white. Jets, why? Either green pants or green socks would have been a big help. No. Well Vikings you could have brought the grapey pants, too, you know? No. Too much white for me. Purple and more green would have been a bizarre but interesting look.

12) Bills-Broncos: BUF in white/white, DEN in orange/white. The Bills shade of blue - to me - is the best blue in the NFL, yes, even better than Charger powder blue. So when the Bills elect to go all white, I'm quite disgruntled. Not even the sweet orange of the Broncos is enough to get me out of the dumps.

11) 49ers-Raiders: SF in white/gold, OAK in black/silver. The metalheads from the Bay. Or, as Burl Ives has sung so many times, "Silver and Gold." plus a dash of red and a heaping dose of black, and it's a predictable but good looking matchup, keeping bells and whistles to a minimum.

10) Panthers-Saints: CAR in white/white, NO in black/black. All white and all black is not the cool. Saints should have rocked their gold bottoms for this. Saving grace for this encounter is the carolina blue socks of the Panthers.

9) Buccaneers-Lions: TB in white/pewter, DET in honolulu blue/silver. I can't help it. The Bucs hot mess of a uni is growing on me. While the deep pewter dulls one's senses here, that in turn makes their goofy numbers pop! Couple with the always classy honolulu blues, and those red numbers stand out like a sore thumb. Good stuff. 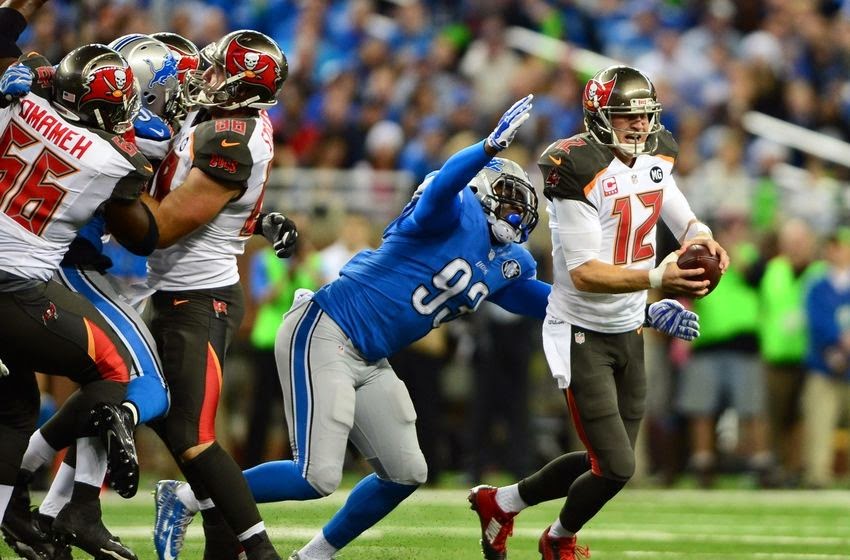 8) Colts-Browns: IND in white/white, CLE in brown/white. Had this matchup happened in the 1980's, we would have been treated to the Colts in silver trimmed striping and the Browns in orange trousers. But times have changed, in this case, backwards. A load of blue trimmed white against brown, orange and white. It's OK.

7) Texans-Jaguars: HOU in white/navy, JAX in black/white. Could have been better, but the Jags trotted out their white pants and that move boosts this game up several notches. Little bits of teal, red and gold is a good compliment.

6) Falcons-Packers: ATL in white/white, GB in green/yellow. While the Falcons all whites are a very bland combo as a standalone, when worn with the Packers green over yellow, it looks so much better. Not near enough for a finish in the medal standings, but certainly the red and black trim on the Falcons attire gets a needed lift.

5) Giants-Titans: NYG in blue/gray, TEN in white/navy. It's nice to see somebody other than Dallas and Miami going WAH for most of their home games. The Giants gray pants looks better than a blue over white look would have been. The Titans white over navy is the better choice here as well. This one pleases my eyes.

4) Cowboys-Bears: DAL in white/mint, CHI in navy/white. Normalcy is the standard operating procedure here with this matchup. Silvery shades of greenish blue mixed with a few shades of deeper and a dollop of orange.

3) Steelers-Bengals: PIT in white/yellow, CIN in black/white. Two triple decker sandwiches of differing color schemes is a plussity-plus for me. black over white over yellow and orange over black over white. Not a tremendous wealth of colors, but how they're expressed is what makes this matchup work. 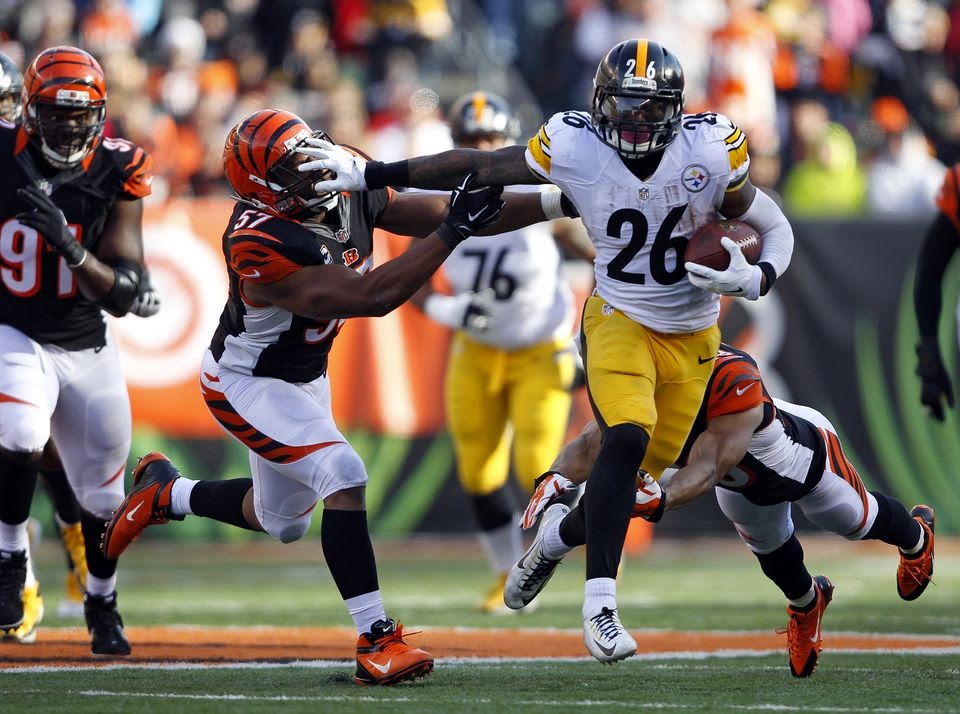 2) Patriots-Chargers: NE in white/navy, SD in alternate powder blue/white. The Patriots get lucky. Last week, the white over navy gets a big boost from the Packers and this week, with the Chargers all spruced up in the lovely powder blue, the Pats look is complemented tenfold at least. Dandy game! 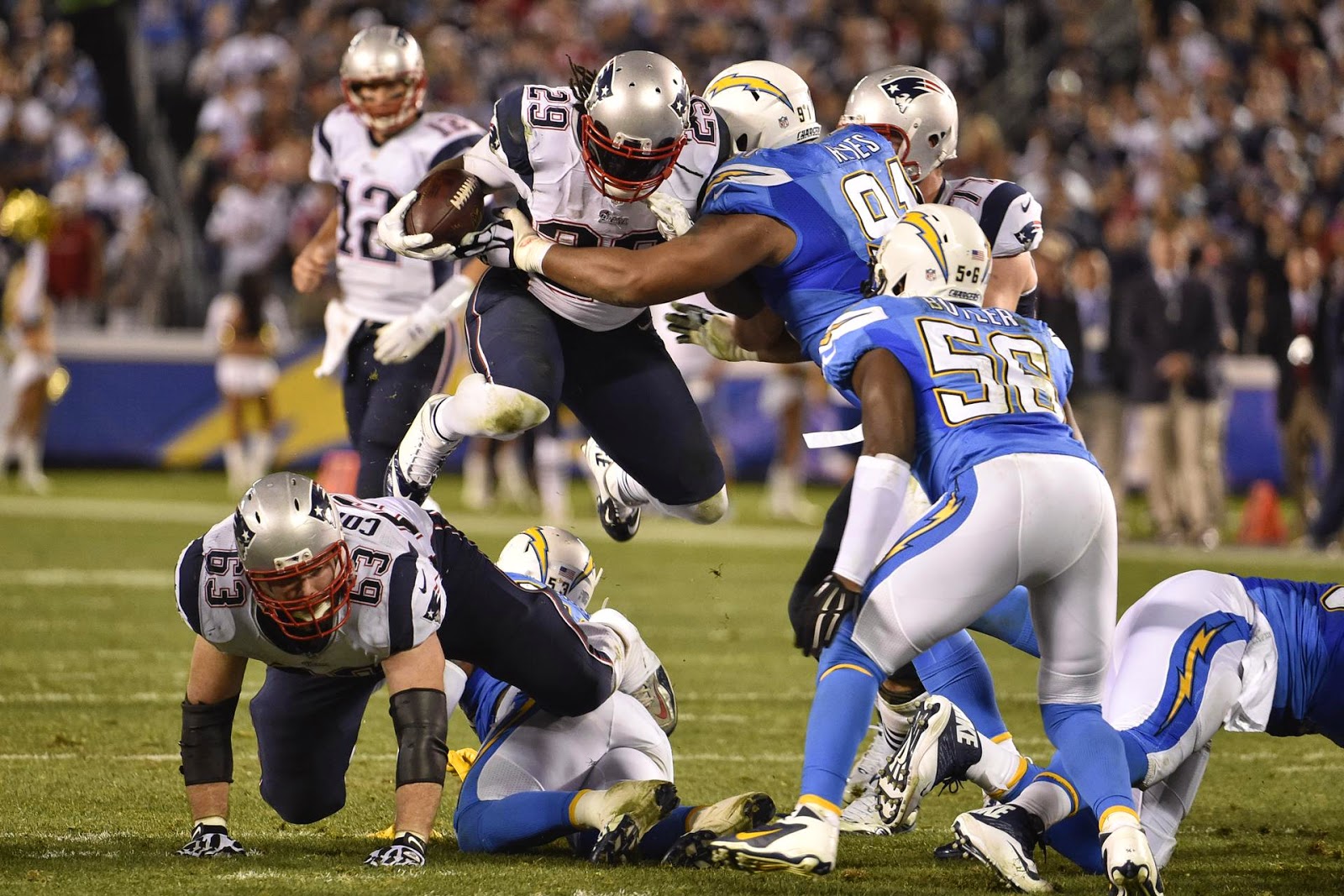 1) Rams-Redskins: STL in white/navy, WSH in burgundy/yellow. Nice one, guys. Navy, gold, burgundy, yellow. Real sweet looking matchup. White is kept only for the Rams jerseys and this makes all the colors stand out. Wunderbar! 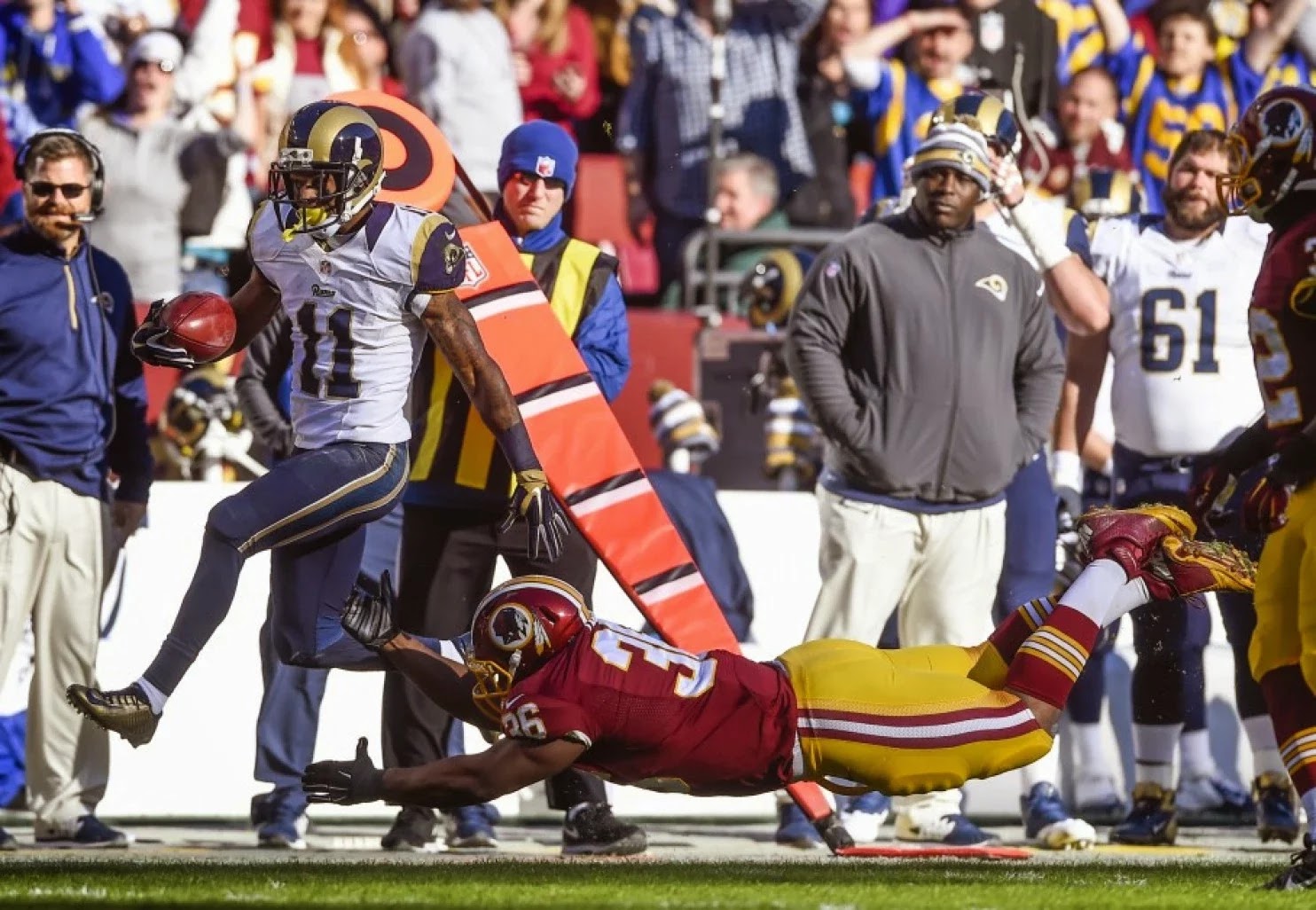 Return with us next week. We'll be here, hope you will, too. Bye!