Not Quite So Color-ful Rush

A contributor had decided to re-imagine this season's Thursday Night Color Rush games as throwback games instead. A fine idea. However, a misguided one. Here's why.

The concept behind Color Rush, besides making money for the League by selling new jerseys, was to have teams playing in colorful uniforms at the same time. But as one of my middle-school art teachers told us, "White isn't a color. It's a shade."

Out of the 15 games that were promoted as "Color Rush" games, only two featured both teams in color. Jacksonville & Tennessee played in an exact rematch of a game from last year while Denver and San Diego played in the best looking game of the year. That's it. Two games. The other 13 games? Not Color Rush. Aside from new uniforms, what was worthwhile? A team in a colored jersey against a team in a white jersey? Where have we seen that before besides 99.99% of all NFL games since 1957?

If you are going to hype games as Color Rush, shouldn't you actually have that live up to it's billing?

Now some may argue "But that is not the League's fault that the teams scheduled to play each other on Thursday nights have Color Rush uniforms that are chromatically 'too close' to each other. One team had to wear white to provide contrast." 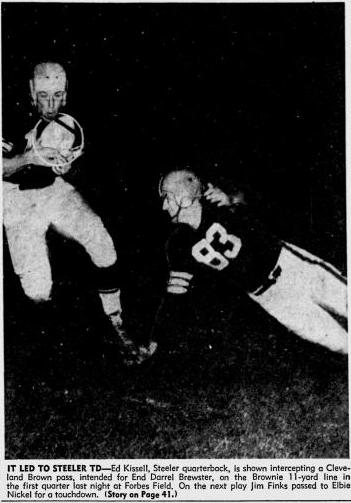 Because of the use of white footballs for night games, teams were not allowed to wear light colored jersey as it made spotting the ball difficult. So what we see here is the Steelers in black jerseys hosting the Browns in brown jerseys. Even with what we in the 21st century would probably consider sub-standard lighting at Forbes Field, the teams had no problem discerning brown from black. Do you know how we know this? This was the second such meeting. On October 7, 1950, Cleveland and Pittsburgh played featuring the exact same uniform match-up under the exact same night-game circumstances.

Are we going to pretend that human vision was that much better 60+ years ago that viewers and players can no longer discern black from brown?

Other examples exist that are even more drastic.

For most of the 1930s and 1940s (and a good portion of the 1950s) both the Bears and Packers primarily wore navy jerseys. The only real difference between the uniforms were Green Bay's yellow helmets compared to Chicago's navy ones and the yellow shoulder yokes on the Packers' jerseys. Basically this would be like the Cardinals and 49ers paying while both were wearing their own shades of red jerseys. And the Bears and Packers did this twice each year.

Here are the Bears and Packers playing in the December 14, 1941 Western Division Playoff game in Wrigley Field. 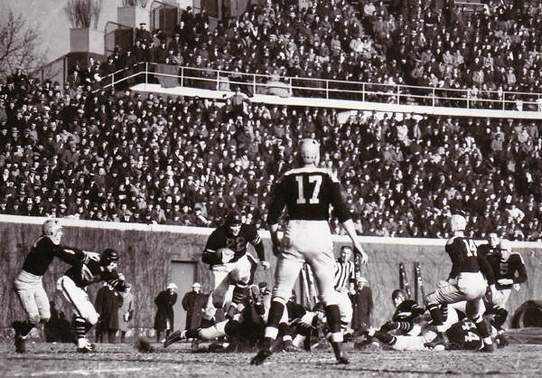 Imagine a Houston vs New England playoff game in a few weeks with the Texans trotting out into Gillette Stadium wearing navy jerseys to play the host Patriots in navy jerseys.

So what's my point?

The NFL is making a big deal about these Color Rush games. They make the schedule to determine who plays who on Thursday nights. They pit teams like Arizona (black Color Rush uniform) against San Francisco (black Color Rush uniform). Clearly we can't have both teams wearing black. But rather than have Arizona wear their normal red jerseys and pants for a red vs black match-up, we get boring all-black vs boring all-white. How is this interesting?

What the League needs to take away from this season's Thursday Night Color Rush games simply is this...when done right, these games can look good. 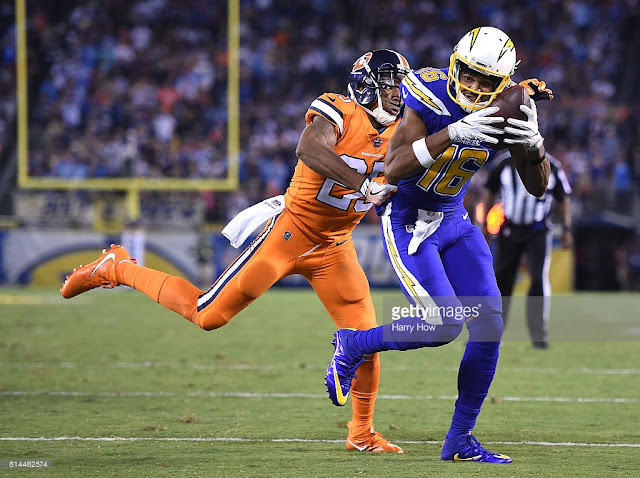 When not done right, why bother? Denver and San Diego can play orange vs blue but four weeks later Cleveland goes all-white instead of all-orange in Baltimore against an all-purple Ravens? Wasted opportunities.

C'mon, NFL. Just get it right.