As we close out the first month of NFL Football for 2014, here we have the latest rankings.

13) Titans-Colts: TEN in white/white, IND in blue/white. So much white, I'm blind. Only the sliver of red on the helmet and sleeve logos save this matchup from a bear like hibernation. 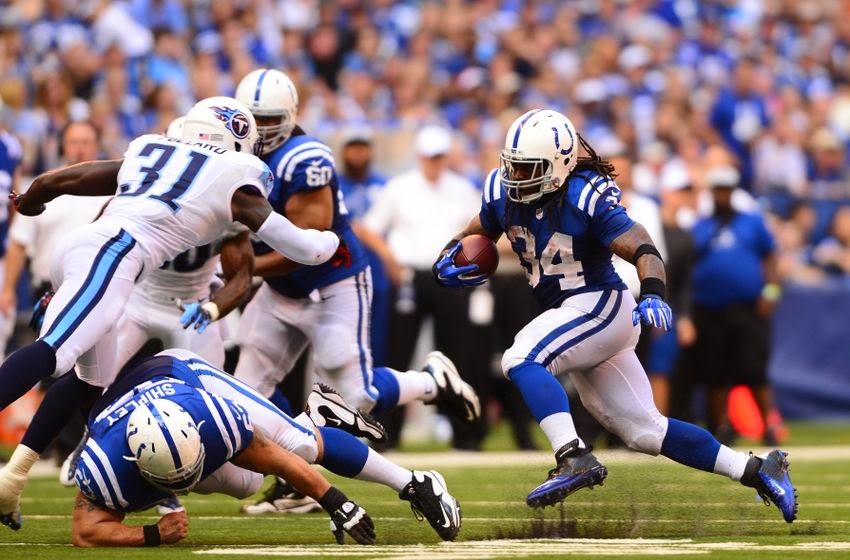 12) Bills-Texans: BUF in white/white, HOU in navy/white. Ugh, these teams that insist on a vanilla look (Bills, Jets, Dolphins, I'm looking at you) are simply missing the boat. This game would have been so electric had the Bills put on their blue trousers, but nay, they go with the blandest look possible. Texans smart navy over white suit suffers as a result.

11) Falcons-Vikings: ATL in white/white, MIN in purple/white. Rather mundane. Not dull, with some color variation (purple, red, black, yellow), but not a thrilling matchup, either.

10) Lions-Jets: DET in white/silver, NYJ in green/white. Jets at home spares us the agony of all white. With the Lions in white, trimmed in honolulu, silver and black, it's not that great, but it's not a crashing bore, either.

9) Eagles-49ers: PHI in white/white, SF in red/gold. The lack of the Eagles' green pants affects this matchup in a big way. With them, this is certainly in the top three for Week 4. Without them, nope. The Niners do salvage this one a bit with the glorious red over gold combo.

8) Panthers-Ravens: CAR in white/white, BAL in black/black. Despite a sunny September afternoon, the Ravens go all black, which I believe is unprecedented for a day game. Panthers, no slouch in the whites with the pale blue socks, make this a rather intriguing matchup.

7) Jaguars-Chargers: JAX in black/white, SD in white/navy. I like the opposite-opposite of the jersey/pants matchup here. Couple with the gold-black lid of the Jags and the white top of the Bolts, and I get a surge of comfort, if not excitement. 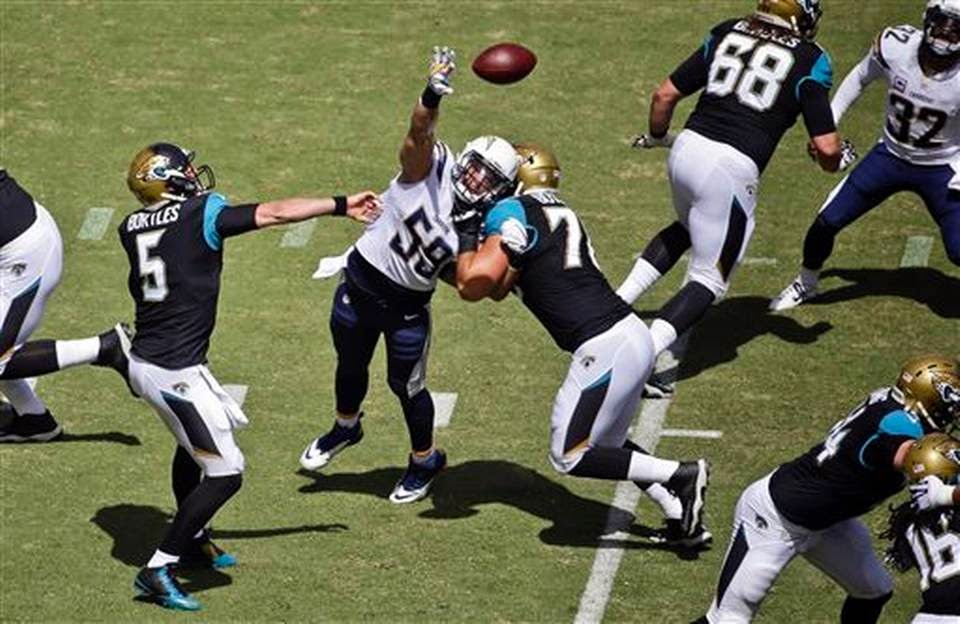 6) Packers-Bears: GB in white/yellow, CHI in navy/white (throwback). When the Bears visit the Pack in Lambeau, it's a chart topper. In reverse, this is still great, just not as. Bears in the 1940's throwbacks, which hearken back to jerseys without TV numbers, no number outlines and no helmet logos. Pack in the nice enough whites, just not as nice greens.

5) Giants-Redskins: NYG in white/gray, WSH in burgundy/yellow. NFC East games, all of them, are rivalry games. All the teams go back at least 54 years. So while the matchups may be predictable, the colors are still relevant. As is this game. Giants blue helmets, red trim, gray pants, pairs off well with the 'Skins burgundy/yellow ensemble.

4) Saints-Cowboys: NO in black/black, DAL in white/mint. Yup, Saints make a good move going all black as opposed to the washed out gold pants. Takes away the metal/mint taste had those gold pants been worn. Gives a really good contrast in Jerry's World.

3) Buccaneers-Steelers: TB in white/pewter, PIT in black/yellow. Those out there Bucs unis and the traditional Steelers togs...one thing gives this one a major boost and it's a little thing, the Buccaneers bright red socks. That's it! A stroke of intelligence! Not necessarily genius, just smarts. 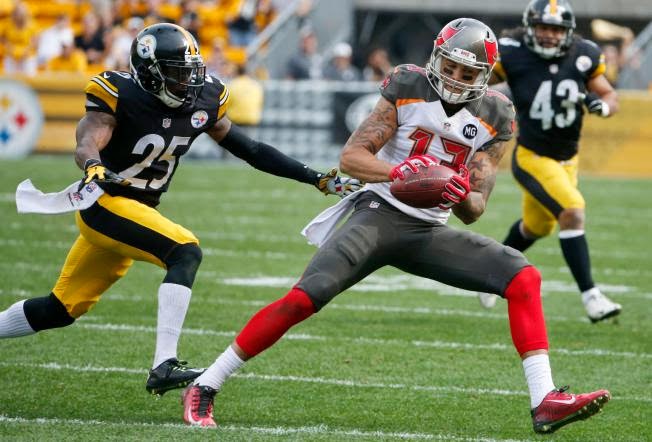 2) Patriots-Chiefs: NE in white/navy, KC in red/red. The Chiefs in red/red/red/red made me start humming the 80's tune "Red Red Wine" from UB40. Never before have the Chiefs gone all out cherry. But the one flaw? The red socks. It's red overload. White socks and this game is top dawg. The Pats? A solid compliment with their normal white over navy with the silver helmet. 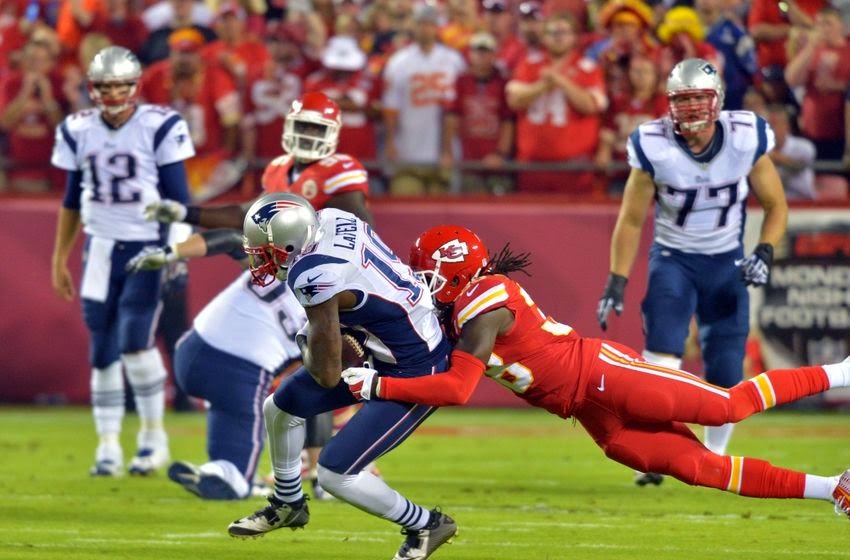 1) Dolphins-Raiders: MIA in white/aqua, OAK in black/silver. "There's something an Aqua Velva man." So went an ages old men's after shave jingle. And when the 'Fins wear aqua whatever, it punctuates who they are way more than some dull all white look. Coupled with the black over silver Raiders combo, boom. It's - as the Brits say - Smashing!! 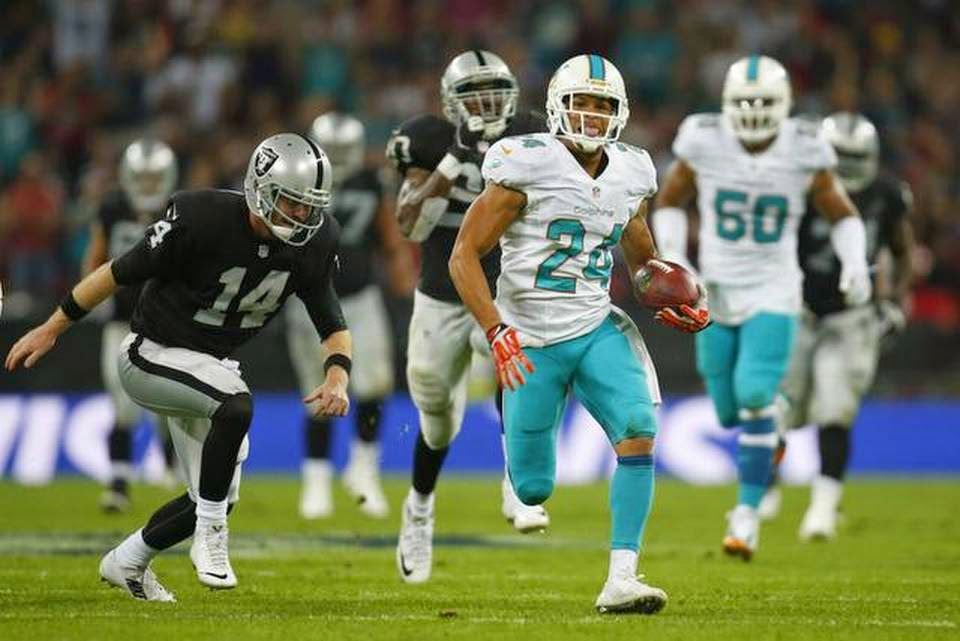 Next week, the Week 5 rankings. Be here. Aloha.