2017 NFL Season Kick-Off - the Only Constant is Change

2017 NFL Season Kick-Off - the Only Constant is Change

Shortly after Super Bowl LI last February, Bill contacted me with a request for some help with an ambitious project for the off season - revising, updating and upgrading the histories of every NFL team from 1970 through 2011. This also included the AFL legacy teams for the years 1960-1969.

This would actually conclude the project we undertook during the 2016 off season where we revised and updated all the NFL teams from 1940 through 1969 and the AAFC from 1946 through 1949.

Indeed, there is no off season at the GUD!

The impetus for this massive overhaul of the GUD library primarily originated from a need to correct the size and position of jersey numbers and NOBs. However, as is always the case, once we start digging in the photo archives we always notice details that have slipped by our discerning eyes previously.

One general trend we saw is that many teams in the late 1960s through the mid 1970s had multiple jersey sets (typically one durene and the other mesh) and each usually had its own unique number and NOB fonts. This is also true for Washington in the 1980s.

Some of the other notable discoveries include: 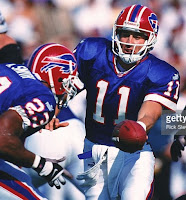 The Jets have often featured mis-matched greens in their uniforms, which is particularly evident on the white jerseys. 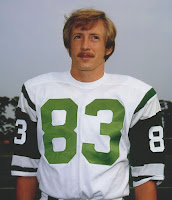 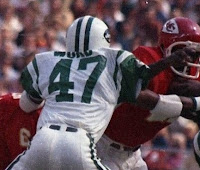 And the Jets also had wordmarked socks for one year only in 1989.

A few years back we discovered Cincinnati featured different striping patterns on their pants in 1997, 1998 and 1999. However, we did not notice until now that they also had different shoulder stripes for each of those seasons as well. 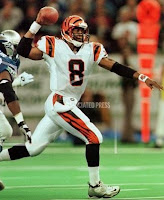 In 2002 Philadelphia began the season wearing green socks with their white pants, but midseason switched to black socks with all jersey and pants combos. 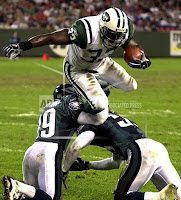 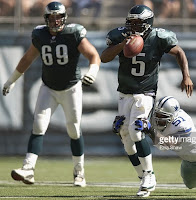 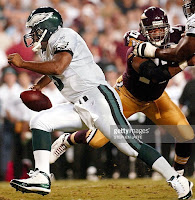 Washington shelved their striped white socks in favor of their solid burgundy socks with their burgundy pants for late season games in 2004. 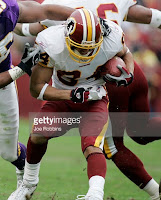 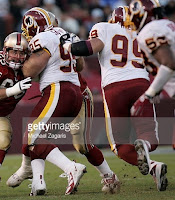 Atlanta switched to white facemasks in 1976, one season earlier than we'd thought. 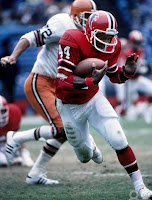 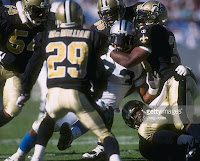 Tampa Bay's helmet stripes were truncated in the back, never reaching the base of the helmet from 1978 through 1996. 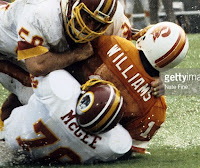 Atlanta wore wider collars that we'd been showing, and the collars on the white jerseys had different variations. 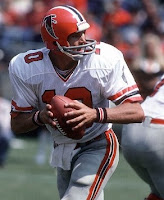 Over the years, there have been alterations in the Rams helmet horns. Sometimes they were obvious, and other times they were subtle. Bill has gone to great lengths to display these as accurately as possible. The Rams will now feature a helmet detail box with their uniforms to better illustrate each unique variation. 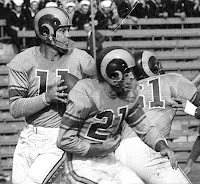 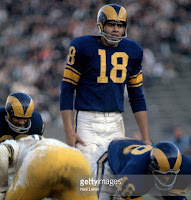 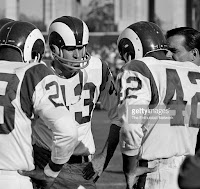 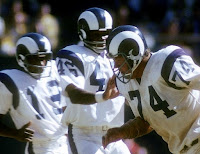 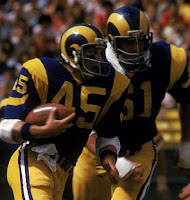 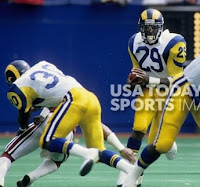 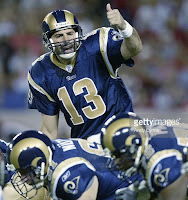 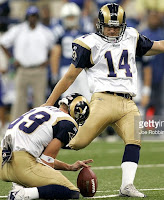 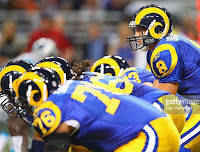 The helmet logos for Seattle are on an upward angle, not horizontal as had been depicted. Also, their shade of green from 1976 through 2001 was darker than originally thought.

The Raiders silvers for their helmets and pants are quite a bit lighter than what our graphics have displayed up to this point. The next update will correct this.

These are just a few of the highlights. Details for every team are noted individually in Bill's Updates blog.

For now, the primary focus for the GUD will be keeping up with the 2017 season. While the occasional historical discovery may appear every now and then, the large scale overhauls are done until 2018.

The uploads for the remainder of  the teams not yet displayed in Bill's Updates blog (the NFC South, NFC West and AFC West teams) are done, loaded in the cue and will be revealed on the GUD soon.