Did we get the best-looking match-up or was that pairing kept from us?

We continue this journey down memory lane and see. 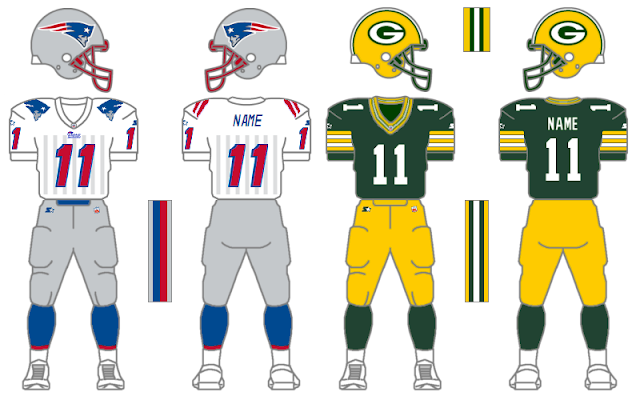 ACTUAL: Not bad, but this version of the Patriots' jersey with "Flying Elvis" on the shoulders - instead of the sleeves, is REALLY bad. 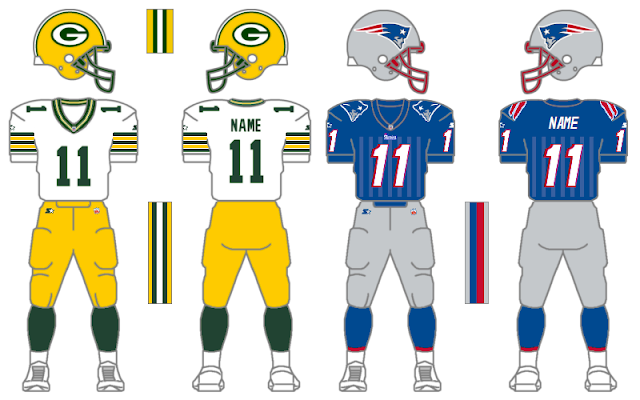 ALTERNATE: Having the Patriots in blue jerseys makes "Elvis" stand out less. That would have been a good thing. 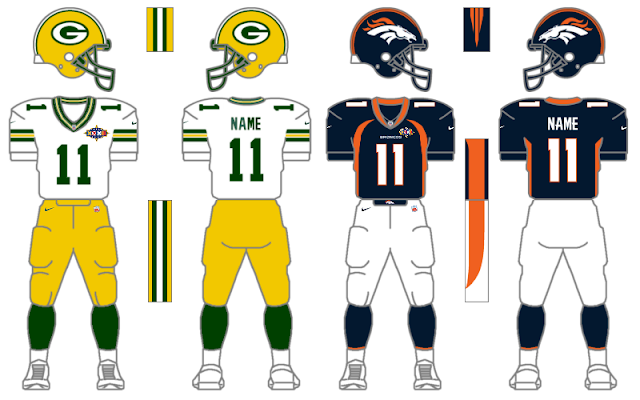 ACTUAL: I've never had a problem with this redesign of the Broncos' uniform. I just wish they'd have kept the old logo or at least something else. 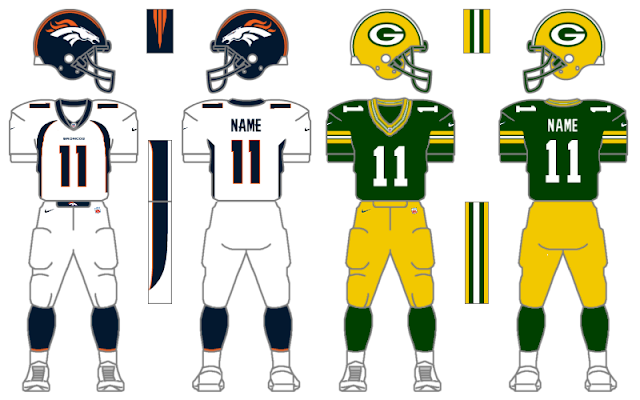 ALTERNATE: I like it but having a chance to go without monowhite, I'm going to go with it.
EDGE: ACTUAL 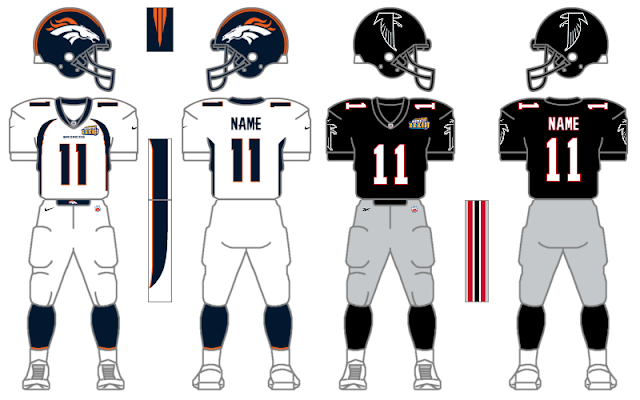 ACTUAL: Well, Denver at the Raiders...oops...I mean Falcons. The Black and Silver do little to help Denver's monowhite. 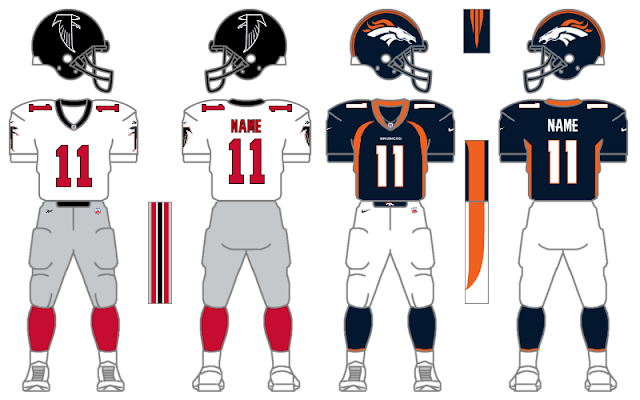 ALTERNATE: The blue. The red. Oh, so much  better.
EDGE: ALTERNATE 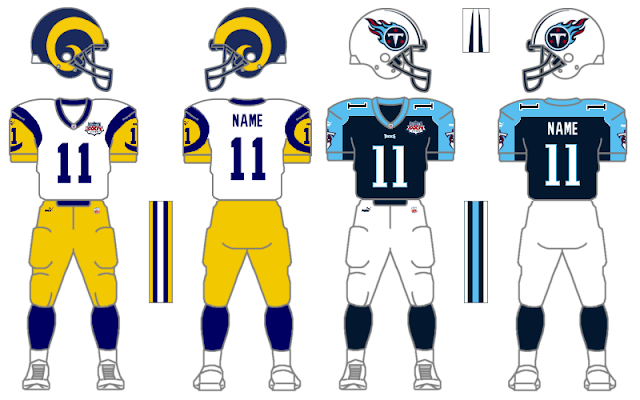 ACTUAL: Either way, we were going to get a lot of blue in this game. 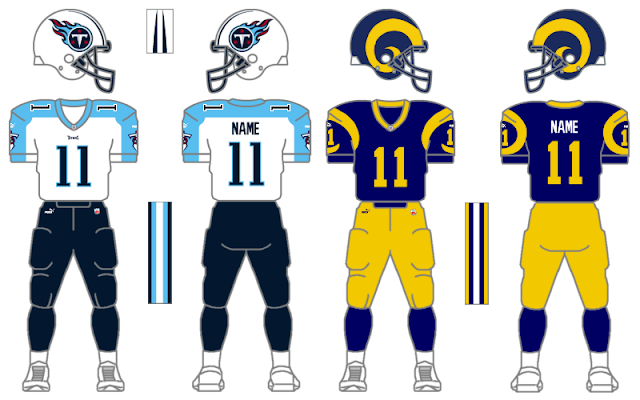 ALTERNATE: However, given a chance to get Tennessee in navy pants (which I really miss) AND get St. Louis in the blue jerseys, I'd have jumped at the chance.
EDGE: ALTERNATE ACTUAL: With Baltimore advancing to this game wearing monowhite in both the Divisional and championship rounds, wearing all white here makes sense. 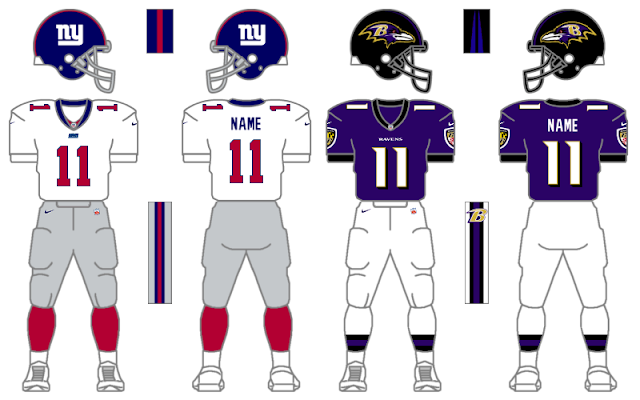 ALTERNATE: But throwing in some red and a little more purple makes this the option to go with.
EDGE: ALTERNATE

Well, well, well. With a 4-1 triumph this week, is ALTERNATE beginning a comeback or are they simply making it interesting? The gap has closed to a 22-13 lead for the ACTUALs. Will this trend continue next week? Be here next Tuesday to find out!
Bill Schaefer