Over the last 2 weeks, I have been displaying a brainchild that came to me while watching a Titans preseason game month ago. The thought had occurred to me that if this were the era of long-sleeve jerseys and leather helmets, what would each of the current League teams look like as they took the field?

Having already displayed the teams from the NFC North and NFC East, I now turn to the "Left Coast" and...


ARIZONA – After scrapping everything black, I looked at their current design. With the colors tapering around the sleeve area, it looked to me that they deserved the cuff-to-cuff sleeve and shoulder stripe treatment. I kept the same font for the numbers, minus the unnecessary black outlines. With a bird as their logo, I went with the red flying wing logo on a white helmet. A reverse scheme white secondary version was added as well. 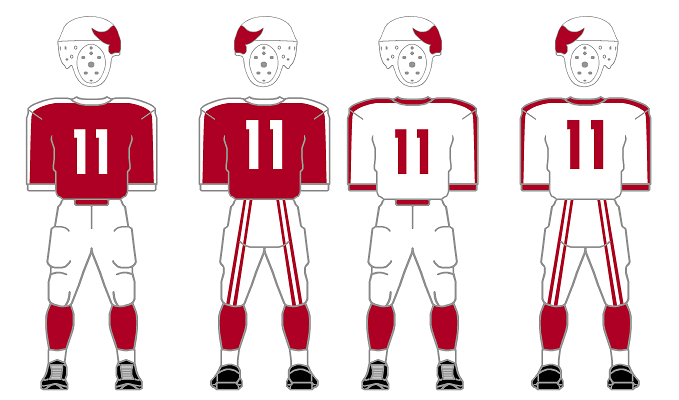 ST. LOUIS – I just couldn’t resist putting ram-horn 'stripes' on the shoulders and reverting to the royal blue and yellow. In the late-1940s, mono-yellow was the look for the Rams. These are easily identifiable as no other team. 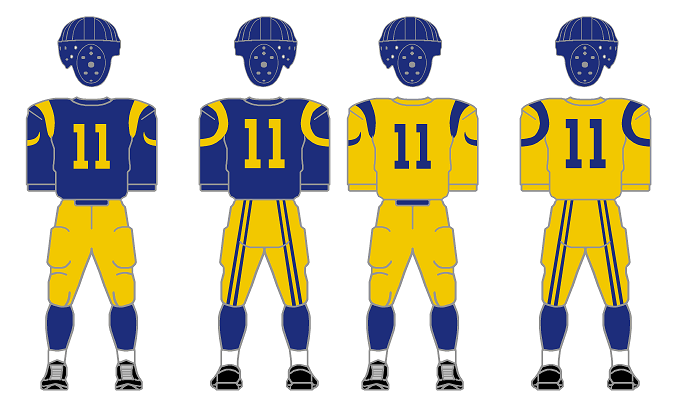 SAN FRANCISCO – These are pretty much a set of AAFC-style Niners. I like this flavor of gold better than today’s khaki. 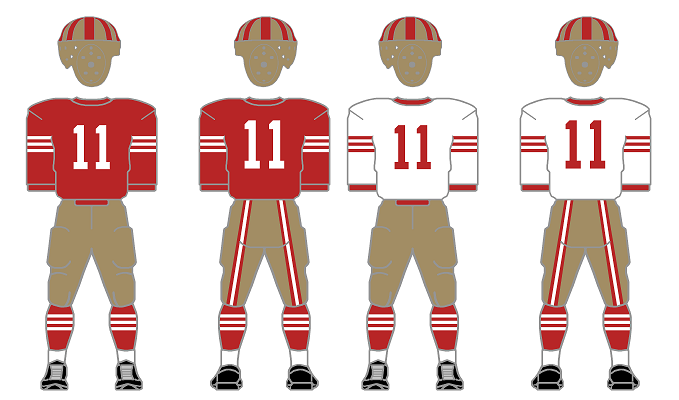 SEATTLE – The original color scheme of Seattle would have never been removed. I made the sleeve stripes to mimic the bi-color pattern of the original Seahawks' logo but made the stripes a single color only and reversed the entire color scheme for the green secondary jersey. 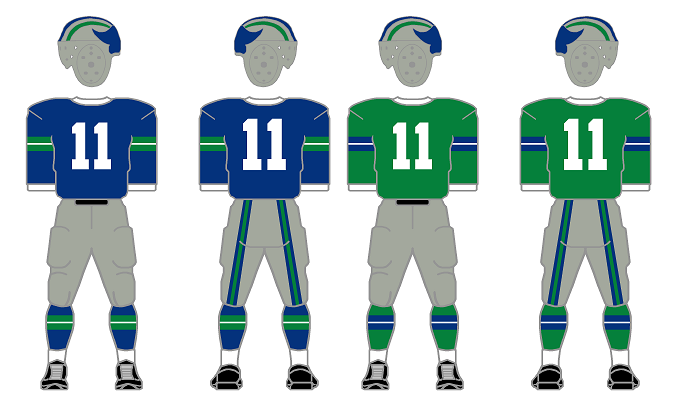 Next week, we wrap up the NFC as we turn to the South...
Bill Schaefer

Tags: Bill Schaefer, concepts, If Now Was Then