With one more week remaining next week, I bring to you the penultimate division for your consideration.  The AFC West began with these same four teams back in the inaugural AFL season in 1960 and the teams have remained together ever since. That is heritage. These are rivalries spurred on by decades of blood, sweat, tears, and maybe even a little bit of hatred mixed in.

How would these teams have looked back in the days of long-sleeved jerseys and leather helmets?

You are about to find out...
The AFC West
DENVER – When Denver began in 1960, they were blah (except for their socks!). Brown and yellow…er…um…no. Swooshes wouldn’t have been around yet so I went with the opposite color cuff-to-cuff stripes and the current number font. To make the helmet a little more aerodynamic/racy, I went with the striped flying wing helmet model. 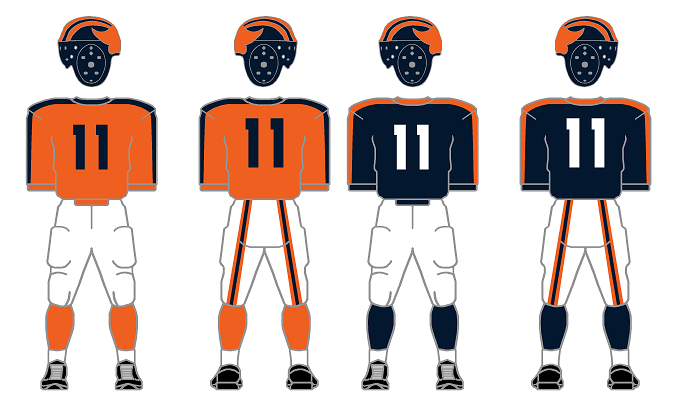 KANSAS CITY – Several months ago, Tim asked me to indulge him and create current mono-color images for San Diego (navy), Cleveland (brown), and Kansas City (red). I loved the look of mono-red for KC then and I love it here as well. Even with the overdose of red, the yellow numbers pop off the red jersey. But when I went to do the reverse color scheme for the secondary jersey, the yellow jersey didn’t look right with the red pants so I went with the white one instead. 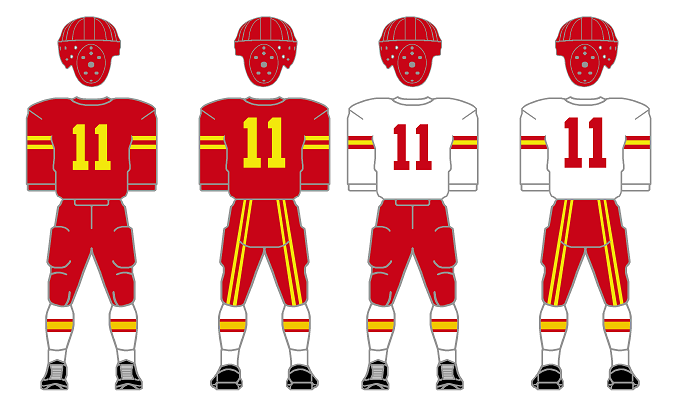 OAKLAND – Literally no change was needed here. I only added some black to the collars and cuffs of the white secondary jersey because, otherwise, it would just be too much white. 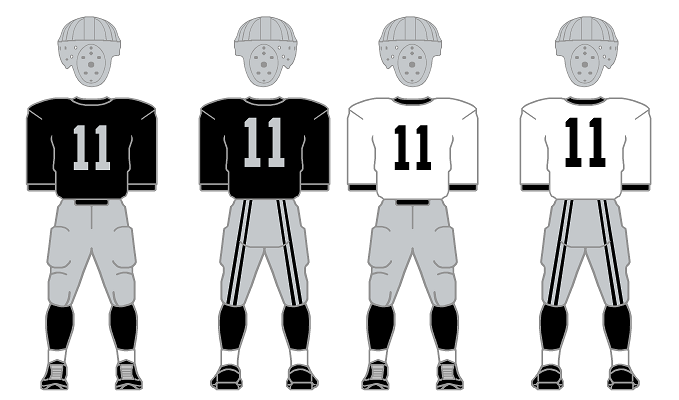 SAN DIEGO – Powder blue instead of navy was an easy call. The lightning bolts would not have been there so I basically added the looped shoulder stripes. The team had its roots in Los Angeles and these combinations scream UCLA. 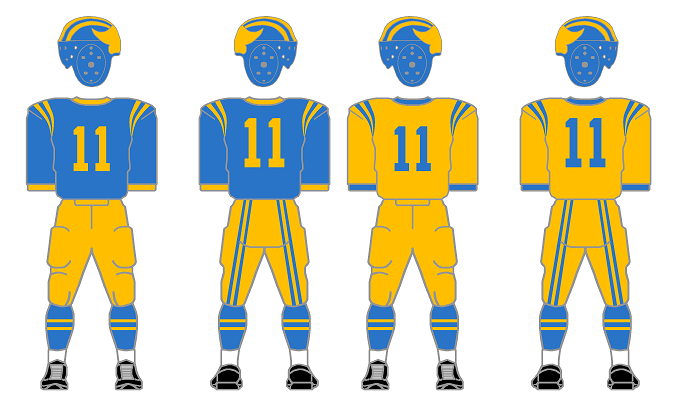 Well, there you go. Next week, our journey 'back in time' comes to a conclusion as we tackle our final division, the AFC South.
Bill Schaefer

Tags: Bill Schaefer, concepts, If Now Was Then